Tennis' top stars will quarantine in Adelaide rather than Melbourne and play an exhibition there ahead of the Australian Open. 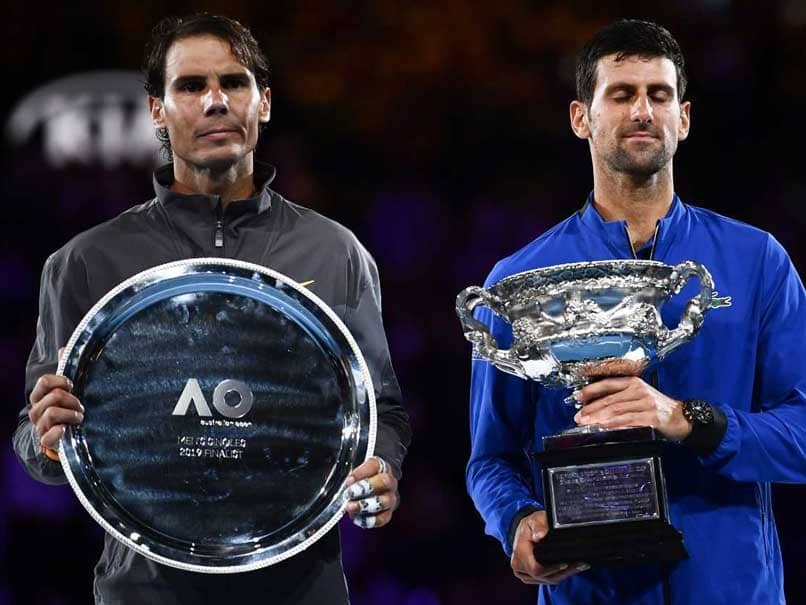 Novak Djokovic and Rafael Nadal will play an exhibition event in Adelaide ahead of Australian Open.© AFP

Tennis' top stars will quarantine in Adelaide rather than Melbourne and play an exhibition there ahead of the Australian Open, with the city also hosting a WTA event after the years' first Grand Slam, organisers said Saturday. Some 1,270 players and support staff are due to arrive in Melbourne on charter flights late next week, where they will have to spend a mandatory 14 days in quarantine.

But with hotel rooms in the city scarce, Australian Open chief Craig Tiley said he had approached the South Australian government about taking some of them.

Matters were further complicated when a hotel in Melbourne that was due to accommodate players pulled out on Tuesday, reportedly because of concerns from residents.

With little benefit to Adelaide from putting its community at risk of coronavirus by housing players, an exhibition featuring the top names in the game was suggested as an enticement.

"It would be a benefit if they played an exhibition tournament just before they came to Melbourne, so the premier (Steven Marshall) has agreed to host 50 people in a quarantine bubble and then have those players play an exhibition," Tiley told Tennis Channel.

An official statement announcing the January 29 exhibition said it would feature the world's top three men -- Novak Djokovic, Rafael Nadal and Dominic Thiem -- and two of the top three women in Simona Halep and Naomi Osaka.

World number one Ashleigh Barty was not included, but 23-time Grand Slam winner Serena Williams was, with two more players to be added to the field.

"The conditions of the quarantine will be the same (as Melbourne)," said Tiley, with players only allowed out of their rooms for five hours to practise and train in a bio-secure bubble.

"They'll be in a different hotel and a smaller cohort and travel direct to Adelaide. We think this is a great opportunity to actually launch before we go into the season."

They would then head to Melbourne Park for the 12-team ATP Cup, along with two WTA tournaments and two ATP events being played from January 31 ahead of the Australian Open on February 8.

Organisers also announced an extra WTA 500 tournament in Adelaide after the Australian Open, from February 22-27 with 70 players taking part.

Australia has largely contained the coronavirus, although fresh outbreaks have forced authorities to reintroduce some restrictions, including a lockdown in Brisbane.

Novak Djokovic Rafael Nadal Serena Williams Tennis
Get the latest updates on IPL 2021, IPL Points Table , IPL Schedule 2021 , live score . Like us on Facebook or follow us on Twitter for more sports updates. You can also download the NDTV Cricket app for Android or iOS.