Organizers of the ATP and WTA Western and Southern Open, typically played in Cincinnati but moved to New York this year due to the coronavirus pandemic, announced initial singles entry lists Wednesday. 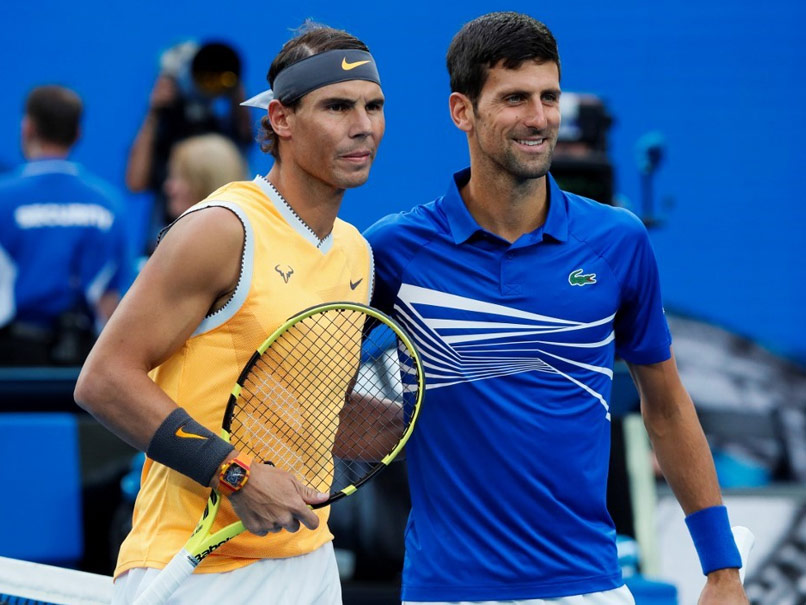 Novak Djokovic and Rafael Nadal have entered the US Open tuneup tournament to be played in New York.© AFP

Top-ranked Novak Djokovic and world number two Rafael Nadal have entered the US Open tuneup tournament to be played in New York while Serena Williams is in the women's field. Organizers of the ATP and WTA Western and Southern Open, typically played in Cincinnati but moved to New York this year due to the coronavirus pandemic, announced initial singles entry lists Wednesday. The event will be staged August 20-28 in a quarantine environment without spectators at the National Tennis Center in Flushing Meadows, where the Grand Slam hardcourt showdown would begin August 31 in similar conditions.

Djokovic, the reigning Wimbledon and Australian Open champion, and Nadal, the defending US and French Open champion, had been concerned about the wisdom of staging the US Open during a widespread COVID-19 outbreak across the United States.

The New York area has been able to keep cases at a relatively low level since spiking in March and April while areas such as Florida, Texas and California have become hotspots.

The only top-10 men's players not on the entry list were injured Swiss star Roger Federer, the world number four behind Austrian Dominic Thiem, and France's ninth-ranked Gael Monfils.

Federer owns a record 20 Grand Slam men's singles crowns while Nadal has captured 19 and Djokovic won his 17th earlier this year in Melbourne.

Williams, who turns 39 in September, has won 23 Grand Slam singles titles, one shy of Margaret Court's all-time record. She gave birth to a daughter in 2017 and has gone 0-4 in Slam finals since, losing in the 2018 and 2019 US Open and Wimbledon finals.

Ninth-ranked Williams said she was playing in the US Open on the day the US Tennis Association announced it would stage the event. She has also entered a WTA tuneup tournament in early August at Lexington, Kentucky.

The only women among the WTA's top six on the list are Czech Karolina Pliskova, who ranks third, and world number four Sofia Kenin, the reigning Australian Open champion from the United States.

Novak Djokovic Rafael Nadal Serena Williams Tennis
Get the latest updates on IPL Auction 2023 and check out  IPL 2023 and Live Cricket Score. Like us on Facebook or follow us on Twitter for more sports updates. You can also download the NDTV Cricket app for Android or iOS.