The US Open is scheduled to run from August 31 to September 13 while the main draw at the Madrid Open event on clay starts on September 14. 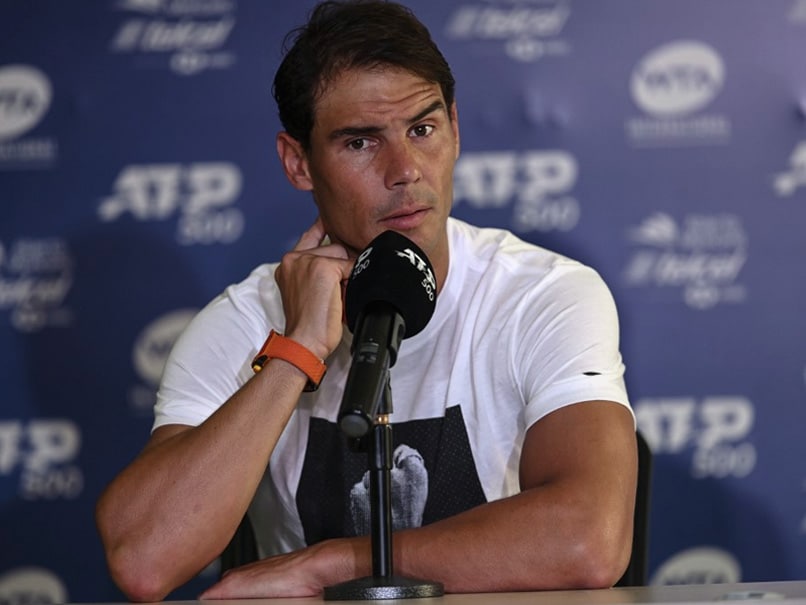 Rafael Nadal is the reigning US Open champion.© AFP

Rafael Nadal said on Tuesday that he will take part in the Madrid Open, raising doubts about whether he intends to defend his title at the US Open. The US Open, whose fate still hangs in the balance, is scheduled to run from August 31 to September 13 on the hard courts of New York while the main draw at the Madrid event on clay starts on September 14. Madrid will serve as a warmup for the rescheduled French Open, the claycourt Grand Slam that begins on September 20.

The Madrid tournament director Feliciano Lopez tweeted: "I have spoken to my friend Rafael Nadal who confirmed his participation in Madrid in September. As always, we await you with open arms in the Caja Magica!"

Nadal answered: "That's right Feli. See you in September in Madrid. Meanwhile everything is going well!"

The United States has seen a sharp resurgence of new coronavirus cases, leading to fresh doubts about whether the US Open will take place.

Leading players, including world number three Dominic Thiem, have said they expect a decision from US Open organisers this week.

Sponsored by Vuukle
Comments
Topics mentioned in this article
Rafael Nadal Tennis
Get the latest updates on IPL Auction 2023 and check out  IPL 2023 and Live Cricket Score. Like us on Facebook or follow us on Twitter for more sports updates. You can also download the NDTV Cricket app for Android or iOS.