Nick Kyrgios said he would personally drop food on doorsteps after COVID-19 restrictions closed down entire industries in Australia. 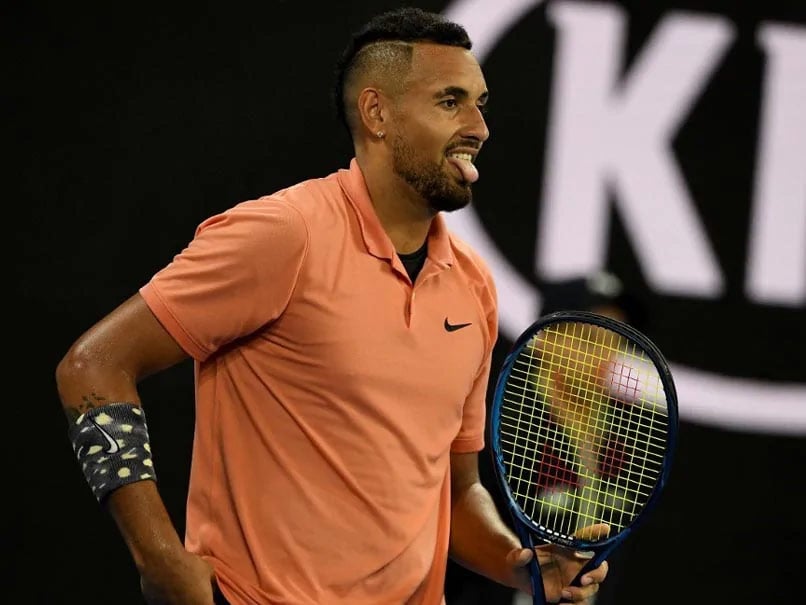 Australian tennis star Nick Kyrgios has offered to deliver food to people finding themselves hungry during the coronavirus lockdown, his latest charitable effort after spearheading sporting donations to help Australia's bushfire crisis. The Canberra-based Kyrgios, infamously outspoken and known for his fiery on-court antics, said he would personally drop food on doorsteps after COVID-19 restrictions closed down entire industries, forcing huge numbers of people out of work across Australia.

"Don't be afraid or embarrassed to send me a private message. I will be more than happy to share whatever I have.

"Even just for a box of noodles, a loaf of bread or milk. I will drop it off at your doorstep, no questions asked!" he said in a post which has already attracted more than 90,000 likes.

People queueing for welfare payments around the country have been likened to scenes from the Great Depression, as all non-essential business and travel are banned to contain the virus.

In January, Kyrgios led a bushfire relief campaign which raised millions of dollars.

The 24-year-old contributed Aus$200 (US$125) for every ace he hit across his home tennis summer, which ran until the end of the first Grand Slam of the year, the Australian Open.

Players and Australian Open organisers also contributed to relief for the deadly fires, but it was Kyrgios who was seen as driving sport's fundraising efforts, gaining him new respect.

Kyrgios cited the crisis for changing his outlook on life in the wake of being handed a 16-week suspended ban in September 2019 for a series of outbursts.

"I guess it's just a perspective thing, isn't it?" he said. "Why am I really getting mad on the tennis court with everything going on?"

Since then, the year's next two Grand Slams have been affected by the coronavirus pandemic with the French Open postponed and Wimbledon cancelled for the first time since World War II.

There will be no professional tennis anywhere in the world until at least July 13 after the governing bodies ITF, ATP and WTA suspended all tournaments with coronavirus causing an almost complete shutdown of the global sporting calendar.

Comments
Topics mentioned in this article
Nick Kyrgios Tennis
Get the latest updates on IPL 2021, check out the IPL 2021 Schedule and Indian Premier League Live Score . Like us on Facebook or follow us on Twitter for more sports updates. You can also download the NDTV Cricket app for Android or iOS.