Ramkumar Ramanathan made it to the main draw as a lucky loser after Gael Monfils withdrew due to illness. 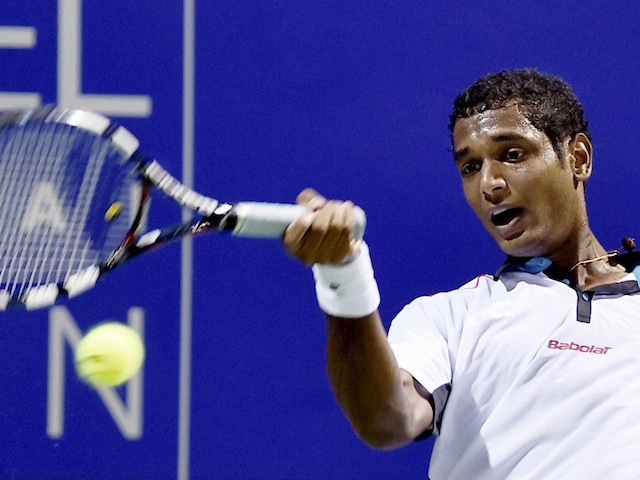 Ramkumar Ramanathan reached the second round in Cincinnati.© PTI

Ramkumar Ramanathan is having a good run. Despite losing in the final qualifier of the Western & Southern Open in Cincinnati, the world No 180 entered the main draw of the Masters event thanks to a lucky loser entry after world No 21 Gael Monfils withdrew due to illness. And the youngster made the most of the opportunity as he defeated American qualifier Christopher Eubanks in the first round. Ramkumar won 6-7(5), 6-1, 6-4 to ensure 61 ranking points playing on the centre court. He was playing in his first Masters 1000 main draw.

Ramkumar has been having a great summer. In Antalya, the 22-year-old had knocked out world No 8 Dominic Thiem of Austria. In Cincinnati, he had beaten Serbia's Dusan Lajovic in the first qualifying round, who is ranked No 82. Though he lost to German Maximilian Marterer (No 121) in the final qualifying round, Monfils' timely exit assured Ramkumar a place in the main draw.

Ramkumar will also be representing India in the Davis Cup World Group play-off against Canada next month as announced recently.

Up next for Ramkumar in the second round will be the winner between American wildcard Jared Donaldson and 12 th-ranked Roberto Bautista-Agut of Spain.

Monfils had recently been beaten by Indian Yuki Bhambri in Washington. Bhambri is the top-ranked Indian at No 157 on the rankings list.

In doubles, Rohan Bopanna is partnering Ivan Dodig of Croatia while Leander Paes will play with Alexander Zverev of Germany. Zverev had stunned Roger Federer in Montreal to win his fifth tournament this season.

Comments
Topics mentioned in this article
Ramkumar Ramanathan Yuki Bhambri Gael Monfils Tennis
Get the latest updates on IPL 2020, check out the IPL Schedule for 2020 and Indian Premier League (IPL) Cricket live score . Like us on Facebook or follow us on Twitter for more sports updates. You can also download the NDTV Cricket app for Android or iOS.