Leander Paes, 47, said he skipped the Australian Open as he is apprehensive of playing in a bio-bubble but is looking ahead to the French Open. 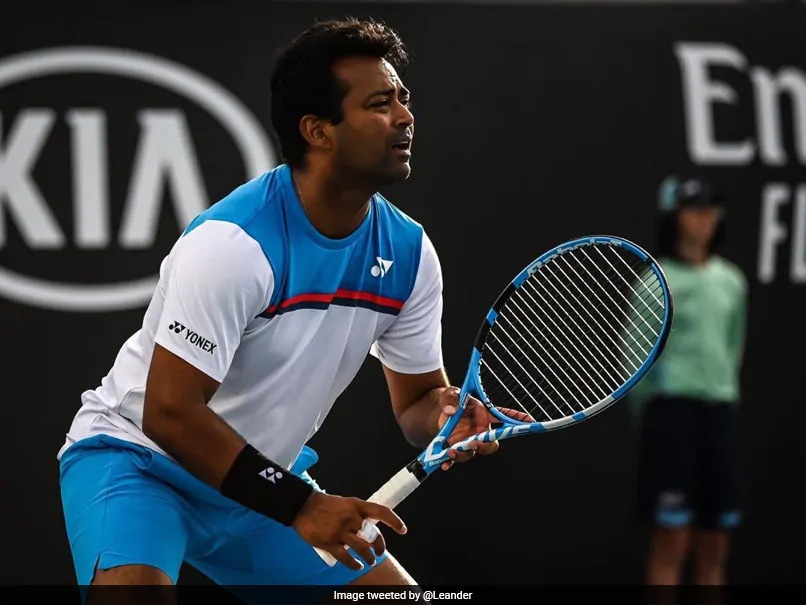 Leander Paes on Monday said he is eyeing a French Open comeback this year.© Twitter

Indian tennis icon Leander Paeson Monday said he is eyeing a French Open comeback this year in his quest to make a record eighth appearance at the Olympics in Tokyo. Paes, 47, said he skipped the Australian Openas he is apprehensive of playing in a bio-bubble but is looking ahead to the French Open.

"Playing sport in a bio-bubble is very tough and may not be the best thing to do. I got a grand farewell at the Australian Open last year so I felt this year I would be sitting out and watching," Paes said.

The Olympic bronze medallist in singles and multiple-time doubles Grand Slam winners was speaking during the launch of a cricket tournament named after his father Dr Vece Paes, a bronze winner at the 1972 Olympics.

"I hope that by the time of French Open, by the end of May, Europe will get to a better position than now."

On the Christmas Day of 2019, Paes had announced his "One Last Roar" tagline, calling 2020 to be his last season as a professional player, culminating with the Tokyo Games that was pushed back by a year due to the COVID-19 pandemic.

"It's my goal to represent India in eighth successive Olympics. I'm keeping myself in good physical and mental fitness which is not easy being away for 11 months.

"I've been practising hard, putting in three hours everyday and I'm in the last 100m sprint of a long career. Tokyo Olympics is important to make sure India remains in the record," Paes said.

The Dr Vece Paes Cricket Cup will be held between CC&FC and Doctors' XI at CC&FC on Tuesday. The doctors of Kolkata wish to make the 75th year of Dr Paes and his achievements a memorable annual event by organising a cricket match which will be played by Paes and former India all-rounder Irfan Pathan.

"I'm very emotional about CC&FC. As a young boy growing up, this very ground where I grew up, learnt leadership, sportsmanship and camaraderie. "It's an honour to be your son. I've tried to run it and play the game of life as best as I could. I hope I have done you proud," the tennis great concluded.

Comments
Topics mentioned in this article
Leander Paes Tennis
Get the latest updates on ICC Women's Cricket World Cup 2022 and IPL 2022, check out the Schedule , Live Score and IPL Points Table. Like us on Facebook or follow us on Twitter for more sports updates. You can also download the NDTV Cricket app for Android or iOS.