The Australian Open, which was delayed three weeks due to the pandemic, is scheduled to begin on February 8. 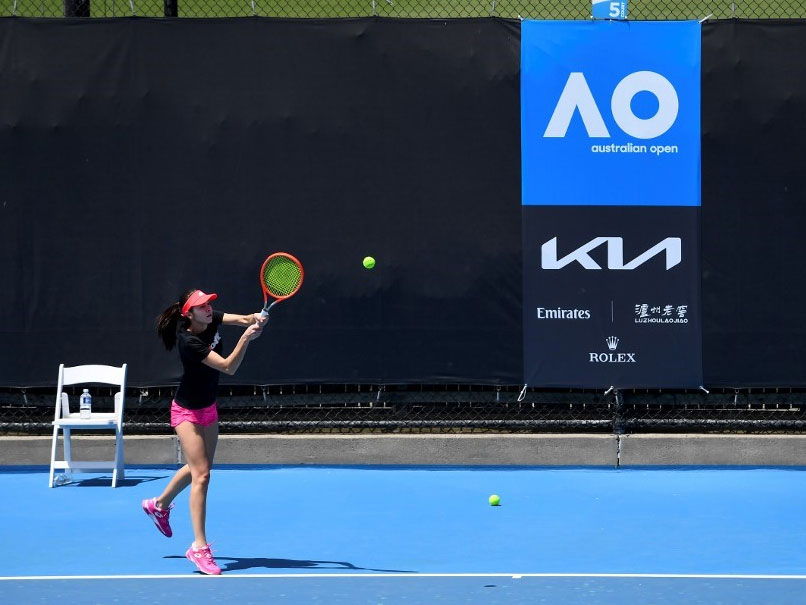 A tennis players trains in Melbourne while quarantining ahead of the Australian Open.© AFP

Australian Open organisers on Sunday released a revised schedule for lead-in events to the tennis Grand Slam, saying it would give players more time to prepare after a 14-day quarantine lockdown. More than a quarter of the tournament's players have been confined to their hotel rooms after coronavirus cases were detected on charter flights carrying them into the largely virus-free country. The positive cases, on three of 17 flights carrying more than 1,000 people, threw preparations for the tournament into disarray as players complained they would struggle to be ready to hit the court.

Tennis Australia said in a statement the tournament build-up had been revamped after "extensive consultation" to help give the 72 affected players "the best possible preparation and training opportunities".

A third WTA 500 event will run from February 3-7 for players who have been unable to train, while the two original events will go ahead with reduced draw sizes.

The two ATP 250 events will start 24 hours later, on February 1, and each feature an increased singles main draw size of 56. The ATP Cup will also be delayed 24 hours to February 2.

"This has been a particularly challenging time for the athletes in hard lockdown and we, along with the WTA and ATP, aim to do everything we can to help," Australian Open tournament director Craig Tiley said.

"These changes to the lead-in events have been made to give the 72 players a little bit of extra time to help them prepare.

Players on the flights with no cases have been allowed out of hotel quarantine for five hours a day to train in a strict bio-security bubble.

Many participants, including men's world number one Novak Djokovic -- who was not in the full-quarantine group -- have taken issue with the quarantine arrangements.

The complaints have drawn an unsympathetic reaction in Australia, with many online defending the strict isolation measures as an essential part of the country's success in containing the virus.

Others have baulked at the athletes' requests for eased restrictions, framing them as spoilt and insensitive to host city Melbourne, which only came out of a harsh four-month lockdown in October.

The Australian Open, which was delayed three weeks due to the pandemic, is scheduled to begin on February 8.