Leander Paes To Retire From Professional Tennis In 2020

Leander Paes, who is the most successful doubles player in the history of Davis Cup with 44 wins, recently dropped out of top-100 for the first time in 19 years. 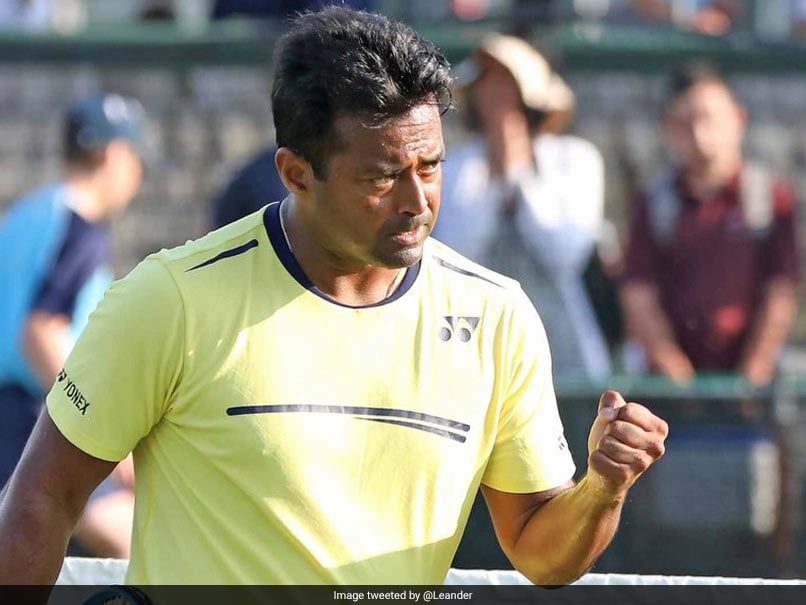 Leander Paes announced that 2020 will be his farewell season on the Pro-circuit.© Twitter@Leander

Indian tennis icon Leander Paes on Wednesday announced that he will bring the curtains down on his illustrious career in 2020, which will be his farewell season on the Pro-circuit. His cupboard overflowing with hundreds of trophies, that include 18 coveted Grand Slam doubles titles, the 46-year-old has been enduring a lean patch for some time. Paes, who is the most successful doubles player in the history of Davis Cup with 44 wins, recently dropped out of top-100 for the first time in 19 years. "I want to announce 2020 as my farewell year as a pro tennis player," Paes wrote in a statement, which he posted on his twitter handle.

"I am looking forward to the 2020 tennis calendar where I will be playing a few select tournaments, travelling with my team and celebrating with all my friends and fans around the world," the statement read further.

"It is all of you who have inspired me to become me and I want to take this year to say "Thank You" to you." India's Davis Cup hero thanked his parents Dr Vece Paes and Jennifer, both of whom represented India at the highest level, for giving him sports genes.

"I want to thank my parents for their genetics, guidance, discipline, environment they created and unconditional love they've always shown me throughout my life, I would not be who I am without your unstinting support and belief in me, I love you."

He also thanked his two elder sisters and daughter Aiana. Paes asked fans to share their favourite memories of him over the years using #one last roar.

"2020 is going to be an emotional one and I look forward to seeing all of you out there rolling with me. It has been an honour being your lionheart," he concluded.

Comments
Topics mentioned in this article
Leander Paes Tennis
Get the latest updates on ICC Women's Cricket World Cup 2022 and IPL 2022, check out the Schedule , Live Score and IPL Points Table. Like us on Facebook or follow us on Twitter for more sports updates. You can also download the NDTV Cricket app for Android or iOS.