By virtue of this win, Kiki Bertens secured her third WTA Tour singles title of the season. 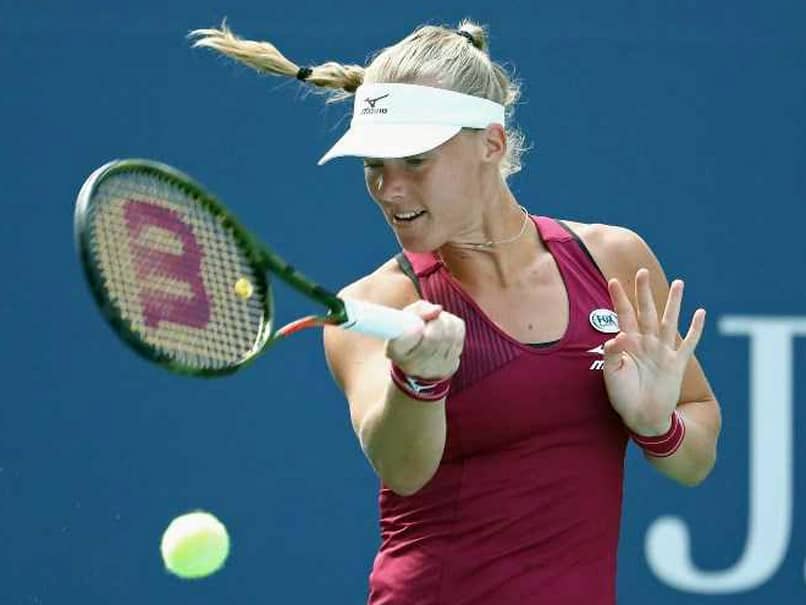 Kiki Bertens was broken twice in the first set but fought back each time. (File picture)© AFP

Kiki Bertens defeated Australia's Ajla Tomljanovic in the Korea Open final on Sunday, securing her third WTA Tour singles title of the season to continue her career-best year. The second-seeded Bertens came back from a break down in the deciding set to defeat the Australian in two hours and 22 minutes and add a seventh title to her collection. In the narrowly contested match, the Dutchwoman rallied past the unseeded Tomljanovic to grab a 7-6(2), 4-6, 6-2 victory. Bertens was broken twice in the first set but fought back each time and then dominated the tiebreaker.

But Tomljanovic came back with her best tennis of the match to take the second, coming from 3-4 down and winning five games in a row to send the match into a decider.

And the Australian looked like she might complete the comeback as she took a 2-0 lead, but the battling Bertens fought back, winning the final six games of the match and sealing the title with a powerful forehand.

The trophy is the Dutchwoman's third of the season, following championship runs in Charleston and Cincinnati.

The victory boosts the chances for Bertens, who is currently ranked 8th in the Porsche Race to Singapore, of reaching the WTA Finals in singles for the first time in her career.

For Tomljanovic, a second final in 2018 marks a strong comeback from a shoulder injury that kept her out of action for most of the 2016 season and saw her slip down to No. 930 in the rankings.

Comments
Topics mentioned in this article
Kiki Bertens Tennis
Get the latest updates on India vs Australia Series, check out the India vs Australia Schedule for 2020-21 and Ind vs Aus live score . Like us on Facebook or follow us on Twitter for more sports updates. You can also download the NDTV Cricket app for Android or iOS.