Dominic Thiem on Tuesday cruised into the semi-finals of the French Open defeating Alexander Zverev in straight sets. 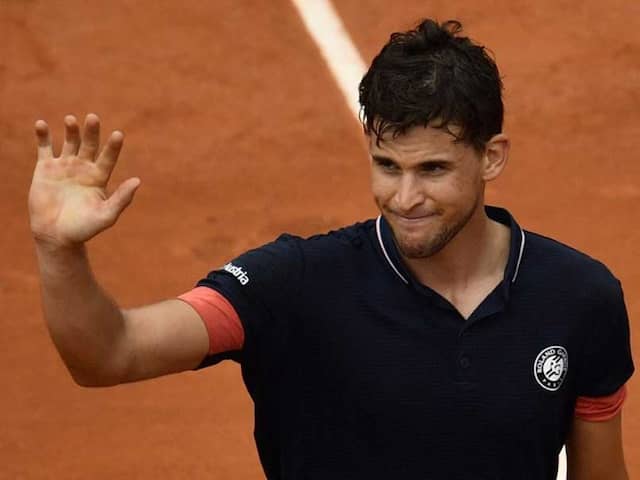 "He is one of the fittest guys on the tour so it was difficult for him today," said Thiem, the only man to have defeated 10-time French Open champion Rafael Nadal on clay this year.

"I hope we have many more matches at the Grand Slams but when we are 100 percent.

"It's great to reach the semi-finals for a third year but it's time to take another step and I will do everything for that."

The statistics made bleak reading for Zverev -- he finished with 42 unforced errors and just 19 winners.

In a tight first set of a match played in overcast, heavy conditions, Thiem converted the only break point off a backhand winner in the seventh game before securing the opener with an ace.

Zverev, who had spent more than two and a half hours than his Austrian opponent getting to this stage, hit 13 unforced errors to Thiem's miserly eight.

A double break took the 24-year-old Austrian to 4-1 in the second set before Zverev needed a medical timeout for a leg injury.

With his left thigh heavily strapped, the 21-year-old German was soon two sets down and looking at having to become the first player to win four consecutive five-setters if he was to make the semi-finals.

There was no coming back for the big-hearted German who was quickly down 4-0 in the third before Thiem wrapped up the affair.

Comments
Topics mentioned in this article
Dominic Thiem Alexander Zverev Tennis
Get the latest Cricket news, check out the India cricket schedule, Cricket live score . Like us on Facebook or follow us on Twitter for more sports updates. You can also download the NDTV Cricket app for Android or iOS.