Djokovic eased past Spanish veteran Verdasco 6-3, 6-4, 6-2 and will play in the last eight at Roland Garros for a record 12th time. 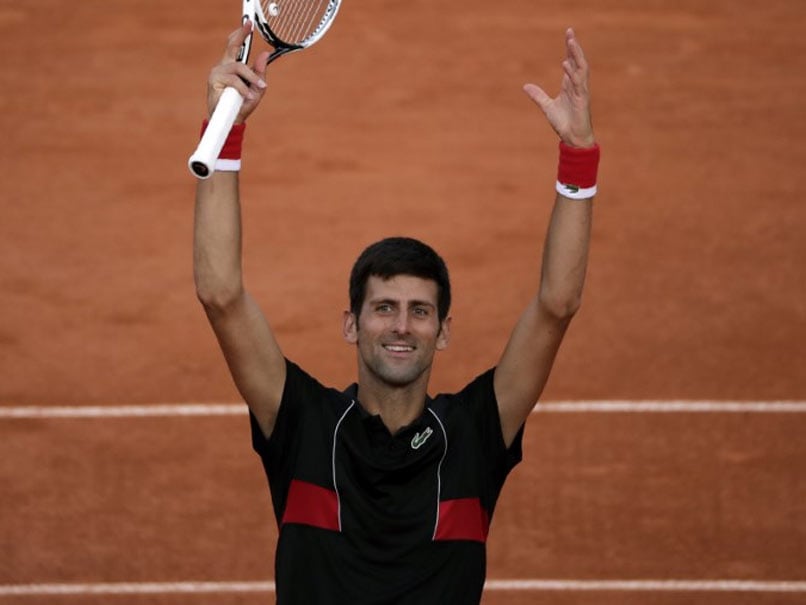 German second seed Alexander Zverev and Novak Djokovic edged closer to a possible French Open semi-final clash of generations, with the youngster edging out Karen Khachanov and the former champion seeing off Fernando Verdasco in the last 16 on Sunday. The 21-year-old Zverev claimed his third successive comeback win in five sets to reach his first Grand Slam quarter-final, beating Russian Khachanov 4-6, 7-6 (7/4), 2-6, 6-3, 6-3. Djokovic eased past Spanish veteran Verdasco 6-3, 6-4, 6-2 and will play in the last eight at Roland Garros for a record 12th time.

Zverev produced some stunning tennis in the closing stages of a dramatic fourth-round victory and will next face Dominic Thiem who reached a third successive quarter-final in Paris by seeing off Japan's Kei Nishikori 6-2, 6-0, 5-7, 6-4.

World number 38 Khachanov has now lost at the last-16 stage at Roland Garros twice in a row, while Zverev ended his wait for a maiden major last-eight appearance at the 12th attempt.

"Well, I'm young, so I might as well stay on court, get some practice and entertain you guys," smiled Zverev, who is bidding to become the first German man to win the French Open since 1937.

"Me and my brother (Mischa) are guys that spend three, four hours a day in the gym, lifting heavy weights, on the treadmill. It paid off today."

The world number three, as he did in his wins over Dusan Lajovic and Damir Dzumhur, battled back from 2-1 down in sets to force a decider, before securing an impressive victory that featured 63 winners and 17 aces.

Thiem, the only man to beat Rafael Nadal on clay this year, held off a short-lived Nishikori revival on Court Philippe Chatrier to set up the meeting with Zverev.

"I think that's the matchup most of the fans in Germany and Austria were hoping for when they saw the draw," he said.

"He's an amazing player. I mean, probably now the third-best after Rafa and Roger (Federer). So it's going to be an amazing challenge for me."

Djokovic, seeded 20 after a year of struggles with an elbow injury and mediocre form, was never in trouble against an erratic Verdasco, who needed treatment for a badly blistered left foot at the end of the second set.

The 12-time Grand Slam champion took the first two sets by a single break of serve and raced through the third as 34-year-old Verdasco ended with 48 unforced errors.

US Open champion Sloane Stephens cruised past Estonian Anett Kontaveit 6-0, 6-2 to book a last-eight spot for the first time.

Stephens, the 10th seed, had previously made the fourth round for four successive seasons and will next play either Australian Open champion and second seed Caroline Wozniacki or Russia's Daria Kasatkina.

"Obviously... making the fourth round four times or whatever is pretty good, but to finally get over that hump of quarter-finals feels very nice," she said.

Keys, the US Open runner-up to Stephens last year, will face Kazakhstan's Yulia Putintseva for a place in the semi-finals, after the world number 98 saw off Barbora Strycova 6-4, 6-3.

"First week, my goal is to get to the second week," said 23-year-old Keys.

"Then once you get to the second week, every match obviously has more nerves, and there's more on the line."

On Monday, all eyes will be on the showdown between Serena Williams and Maria Sharapova, with the latter trying to end an 18-match losing streak to her bitter rival.

Three-time champion Williams is playing her first Grand Slam tournament since taking time off last year due to pregnancy, while Sharapova is at Roland Garros for the first time in three years after serving a doping ban in 2016 and being refused a wildcard 12 months ago.

Novak Djokovic Alexander Zverev Tennis
Get the latest updates on Olympics 2020, Olympics 2020 Medal Tally, Live Cricket Score . Like us on Facebook or follow us on Twitter for more sports updates. You can also download the NDTV Cricket app for Android or iOS.