Rafael Nadal said he doesn't "feel old", after moving a step closer to an incredible 11th French Open title on Monday by beating German Maximilian Marterer to reach the quarter-finals the day after his 32nd birthday. 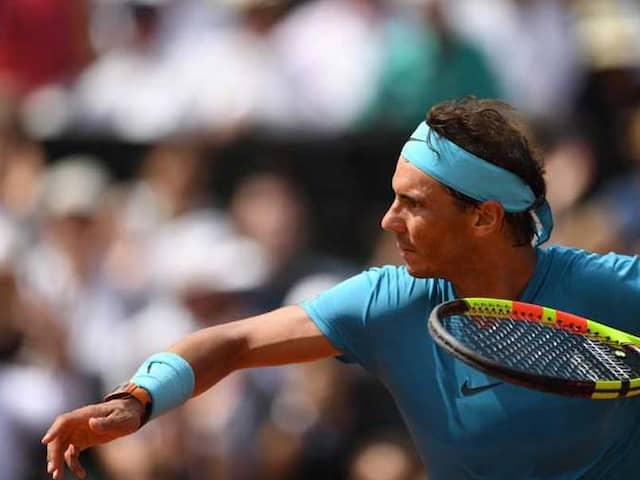 Rafael Nadal said he doesn't "feel old", after moving a step closer to an incredible 11th French Open title on Monday by beating German Maximilian Marterer to reach the quarter-finals the day after his 32nd birthday. The world number one's 6-3, 6-2, 7-6 (7/4) victory over the world number 70 was his 900th win at tour level. It also saw him equal the record of 12 last-eight appearances at Roland Garros, which was set by Novak Djokovic the day before. Top seed Nadal, who celebrated his birthday on Sunday, is now on his own in third on the all-time list for most match wins at Grand Slam events with 234 victories after passing Jimmy Connors.

"I started very young. That's a real thing. But, no, I feel happy to be here. Being honest, I am enjoying the day by day on the tour and I hope to keep doing this for a while."

Nadal powered 39 winners past Marterer, who pushed the Spaniard as hard as he could without ever threatening an upset.

"It's always good to see him in the quarter-final because he's a good friend, a good person. He's a worker, and I'm happy to see him having all this success. Hopefully not too much (though)," smiled Nadal, who had a brief practice session with Schwartzman last week.

Nadal was caught cold in the opening stages as some big hitting from Marterer brought him the first two games.

But it didn't take Nadal long to figure out his opponent, reeling off four straight games en route to an inevitable one-set lead.

But Marterer -- who was playing in the main draw for the first time -- moved into a 3-1 lead early in the third as he threatened to become the first man to take a set off Nadal at Roland Garros since the Spaniard's 2015 quarter-final defeat by Djokovic.

But the reigning champion quickly hit back before securing a tie-break on his second match point when Marterer fired long, celebrating with a trademark fist pump.

Schwartzman fought back from two sets down to stun Anderson and reach the quarter-finals for the first time.

He was totally outplayed in the first two sets, but twice broke Anderson when the South African was serving for the match to pull off a dramatic win.

"Did you read David and Goliath? That's why. That's why," he explained.

"I read it when I was young in the school, and I just try to think that when I see Kevin or the guys who have two metres."

World number seven Anderson, who was looking to become the first South African man to make the last eight in Paris since Cliff Drysdale 51 years ago, has now lost in the fourth round at Roland Garros on four occasions.

Fifth seed Juan Martin del Potro brushed aside John Isner 6-4, 6-4, 6-4 to reach the quarter-finals for the first time since 2012.

The 29-year-old Argentinian was knocked out in the third round at Roland Garros last year after missing the previous four tournaments in Paris through injury.