"Sick, Can't Breathe": Alexander Zverev Out Of Roland Garros In Match He "Shouldn't Have Played" 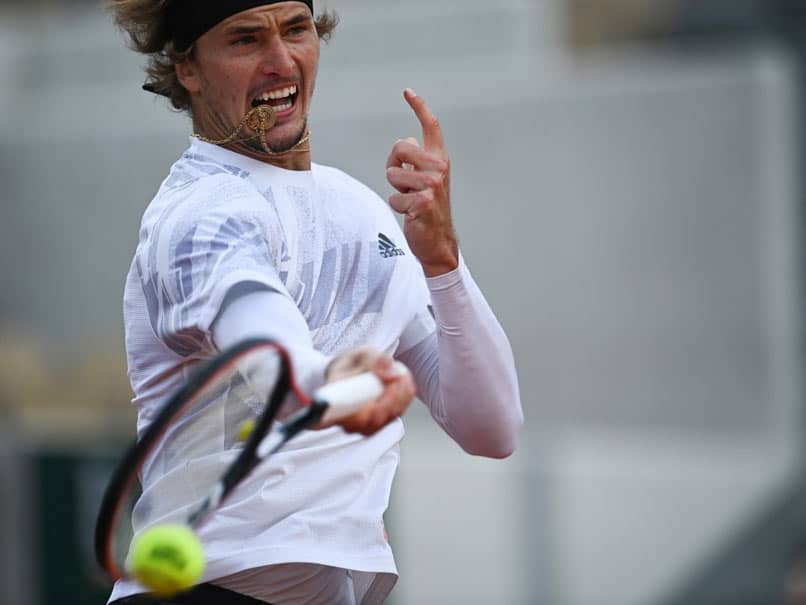 Italian teenager Jannik Sinner defeated a "completely sick" Alexander Zverev at the French Open on Sunday to become the youngest men's Grand Slam quarter-finalist since Novak Djokovic in Paris in 2006. Sinner, aged 19 years and 56 days, won 6-3, 6-3, 4-6, 6-3 to set up a showdown with 12-time champion Rafael Nadal. He is first player to reach the last eight on his Roland Garros debut since Nadal lifted the trophy in 2005. However, Zverev raised questions over whether he should even have been allowed to play as he revealed he had been feeling ill since his win over Marco Cecchinato in the previous round.

"I am completely sick after the match with Cecchinato in the night. I can't really breathe, as you can hear by my voice," Zverev told reporters after the match.

He summoned the doctor to ask for a cold spray in the first set on a blustery day in Paris.

"I had fever, you know, as well. Yeah, I'm not in the best physical state," said Zverev, who made 47 unforced errors and just 20 winners.

"To be honest, I warmed up today. I shouldn't have played. But I was hoping maybe for a three-set win or something like that."

Zverev was criticised in the summer after he was spotted partying despite vowing to self-isolate following Novak Djokovic's Adria Tour, during which a number of players tested positive for coronavirus.

Asked whether he was concerned for his own health after defeating Zverev at a tournament delayed four months due to the Covid-19 outbreak, Sinner largely played down concerns.

"I didn't realize anything. I mean, I think in the first set he asked for the doctor on court, but I didn't ask for what," said Sinner.

"I was focusing about myself. So if he had something, yeah, I'm sorry for him, for sure."

"He's not positive for (Covid-19). We have got tested quite many times, you know, and obviously we were not that nearby," continued Sinner.

"It's like we always had the distance. I don't think that I will have fever next days, or I hope so. Maybe I have. I mean, you never know about that."

Sinner, last year's NextGen champion, dropped his first set of the tournament against US Open runner-up Zverev but demonstrated his resolve to close out the win in four.

"Today was very tough knowing that it's going to be a long match but in the end I'm very happy about my performance," said the 75th-ranked Italian.

"If you lose one set you just try and keep going. Even in the third set I knew I was still playing well," said Sinner, the second youngest player to begin this year's main draw.

"I tried to be focused in the first service game in the fourth set, which I did, and then it went quite well."

Comments
Topics mentioned in this article
Alexander Zverev Tennis
Get the latest updates on IPL 2020, check out the IPL Schedule for 2020 and Indian Premier League (IPL) Cricket live score . Like us on Facebook or follow us on Twitter for more sports updates. You can also download the NDTV Cricket app for Android or iOS.