Dominic Thiem survived a massive scare to reach the French Open quarters, but despite being stretched to his limit, the World No.3 still had time to showcase his mindblowing football skills. 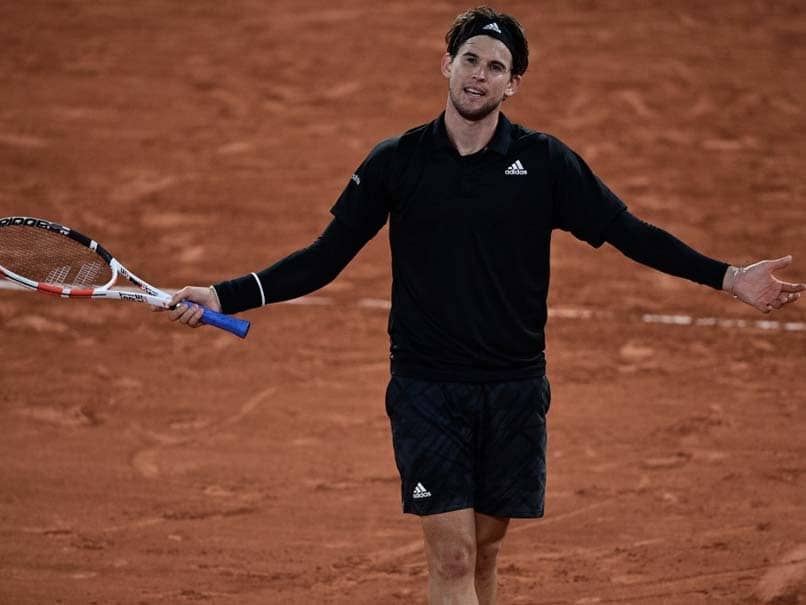 US Open champion Dominic Thiem is eyeing his second Grand Slam title following his recent heroics in New York. However, the World No.3 was pushed to his limit by French wildcard Hugo Gaston, the world number 239, in the French Open last 16. Thiem, the third seed, survived a massive scare to win 6-4, 6-4, 5-7, 3-6, 6-3 to reach the Roland Garros quarter-finals. But during the thrilling French Open encounter, Thiem still had time to showcase his mindblowing football skills that left fans on Twitter shell-shocked.

In the fifth set, with the match hanging in the balance, the Austrian star produced a moment of magic, not with his tennis racquet but his feet. Thiem saw his forehand go too long with Hugo Gaston casually lobbing the ball back, having already won the point.

Thiem took down the skier with his right foot like a pro and then went on to complete a few juggles before nonchalantly catching the ball.

After the win, Thiem posted a video of his magical skills, writing: "after a ton of dropshots I had to show @HugoGaston7 that I also got some touch today Great match! Keep it up!"

after a ton of dropshots I had to show @HugoGaston7 that I also got some touch today Great match! Keep it up! @rolandgarros #RolandGarros pic.twitter.com/j7jmi128p5

Thiem, who had lost to Rafael Nadal in the final for the last two years, will next take on 12th seed Diego Schwartzman of Argentina for a place in the last four.

"He plays drop shots from another planet," said 27-year-old. "He sprinted like 400 times to the net.

"I was lucky to make it through today. He will be a huge player in the future and bring a lot of joy to this stadium."

Comments
Topics mentioned in this article
Dominic Thiem Rafael Nadal Diego Schwartzman Tennis
Get the latest updates on IPL 2021, IPL Points Table , IPL Schedule 2021 , live score . Like us on Facebook or follow us on Twitter for more sports updates. You can also download the NDTV Cricket app for Android or iOS.