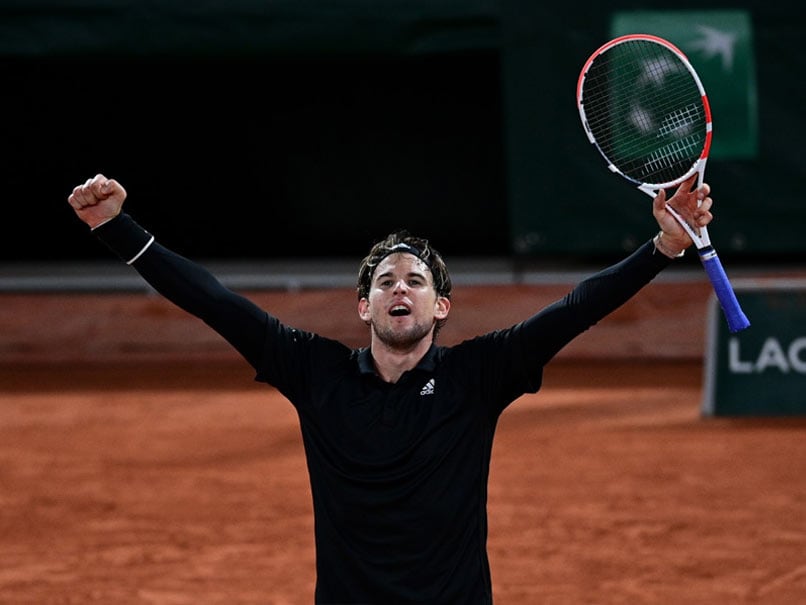 Third seed Dominic Thiemsurvived a huge scare to reach the Roland Garros quarter-finals for a fifth straight year on Sunday, battling to a 6-4, 6-4, 5-7, 3-6, 6-3 win over French wildcard Hugo Gaston, the world number 239. US Open champion Thiem, the runner-up to Rafael Nadal for the last two years in Paris, will face Argentine 12th seed Diego Schwartzman for a place in the semi-finals. "He plays drop shots from another planet," said 27-year-old Thiem. "He sprinted like 400 times to the net. "I was lucky to make it through today. He will be a huge player in the future and bring a lot of joy to this stadium."

Defeat for Gaston ended home hopes in the men's singles for another year but he went down fighting, having knocked out former champion Stan Wawrinka in five sets in the previous round.

After being swept aside in the first two sets, he took the third on a fifth set point and levelled the tie with a break in the fourth game of the fourth set.

However, he played one drop shot too many as Thiem broke for 5-3 in the decider and the Austrian wrapped up the three-hour 32-minute tie when his 20-year-old opponent flapped a service return into the net.

"I had a break point at 4-4 in the third set, didn't take it and the match changed," added Thiem.

"I lost energy and I couldn't find an answer to those drop shots. But I found some energy at the end."

Comments
Topics mentioned in this article
Dominic Thiem Tennis
Get the latest updates on IPL 2021, check out the IPL 2021 Schedule and Indian Premier League Live Score . Like us on Facebook or follow us on Twitter for more sports updates. You can also download the NDTV Cricket app for Android or iOS.