World tennis has been at a standstill since the beginning of March and will not resume until mid-July at the earliest following the postponement of Roland Garros and the cancellation of Wimbledon. 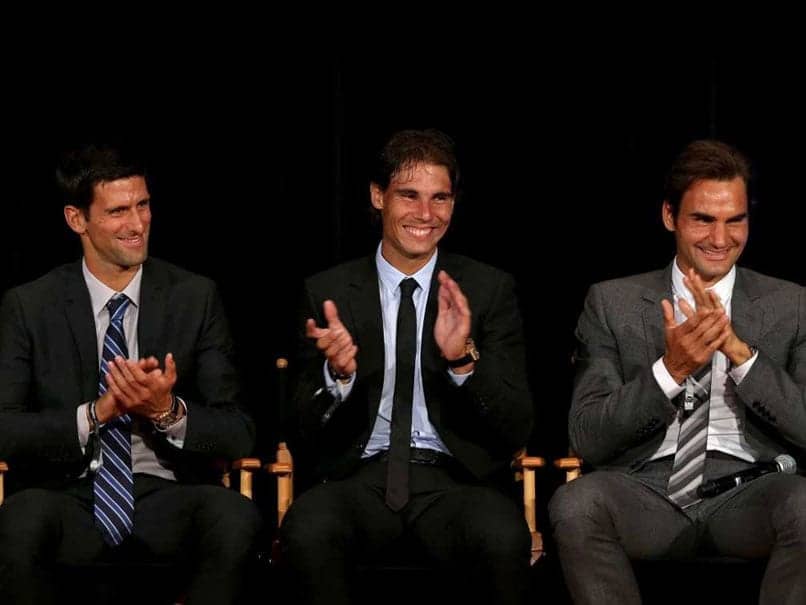 Novak Djokovic said on Saturday that he, Roger Federer and Rafael Nadal are organising aid for players struggling with the paralysis of the game due to the coronavirus pandemic. "I spoke to Roger and Rafa a few days ago," Djokovic, the world number one, said in an Instagram chat with friend and rival Stan Wawrinka on Saturday. "We had a long conversation about the near future of tennis, what is going to happen, how we can contribute and how we can help especially lower-ranked players, who are obviously struggling the most."

"The majority of the players who are ranked between 200, 250 in the world, and the 700th or 1,000th do not have federation support, do not have sponsors. They are completely independent and left alone," he said

He said players, the ATP and the four Grand Slams "would all get together and will contribute to a player relief fund that ATP will distribute."

"It looks, hopefully, that there will something between $3 million (2.75 million euros) and $4.5 million that is going to be distributed," he estimated.

Djokovic said the cash could come from the prize money for the season-ending World Tour Finals or the final bonus pools for top players.

"Maybe if we don't have any tournaments this season, we can take a certain percentage from our prize money form Australian Open in January," he said.

"These guys are the grass roots of tennis. The future of tennis. We need to show them they still can rely on support of the top guys."

According to reports in tennis media, Djokovic, as president of the ATP Players' Council, which also includes Federer and Nadal, proposed to members that players in the top 100 for singles and the top 20 in doubles contribute according to their rankings.

That would raise approximately $1 million and the ATP would make a similar contribution.

On Friday, ATP chief Andrea Gaudenzi echoed the call for unity on the tour website.

"Our guys are at home, obviously unable to play, unable to earn money and financially struggling, so we will try to help," he said, adding that the ATP faced the problem of not knowing how long the crisis would last and how much revenue it would lose.

"I've been quite touched by the top players who reached out, the big names expressing their desire of helping the lower-ranked players and putting those players first."

"We are also talking with the Grand Slams about it. They may want to join in the effort. I think it would be a great message for the sport."

World tennis has been at a standstill since the beginning of March and will not resume until mid-July at the earliest following the postponement of Roland Garros and the cancellation of Wimbledon.

Novak Djokovic Rafael Nadal Roger Federer Stanislas Wawrinka Tennis
Get the latest updates on India vs Australia Series, check out the India vs Australia Schedule for 2020-21 and Ind vs Aus live score . Like us on Facebook or follow us on Twitter for more sports updates. You can also download the NDTV Cricket app for Android or iOS.