The 15-year-old Coco Gauff reached her first-ever WTA final and became the youngest woman to do so in 15 years. 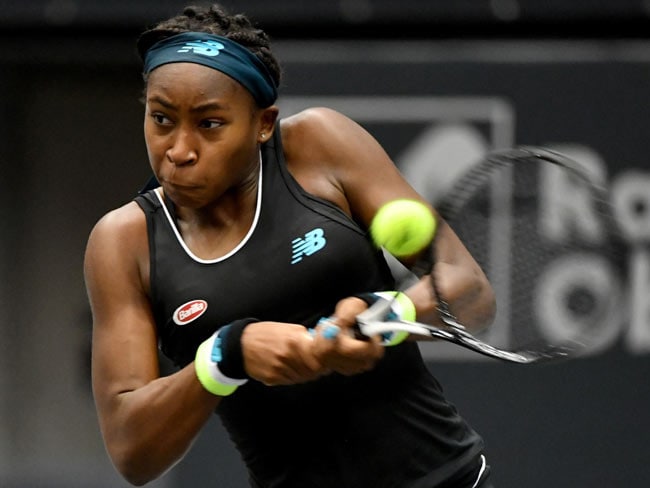 American teenage sensation Coco Gauffreached the first WTA final of her career on Saturday as the 15-year-old beat Andrea Petkovic 6-4, 6-4 in the last four in Linz. Gauff, who burst onto the scene with a run to the Wimbledon last 16earlier this year, is the youngest woman to make a WTA final since Nicole Vaidisova won the Tashkent title in 2004.  "This is definitely unreal, my first final on the WTA," said Gauff, who only got into the main draw in Austria as a lucky loser.

"Linz is my special place. Not even in juniors did I ever get into something as a lucky loser -- now I'm in the final.

"I've had a lot of luck and happiness here."

The current world number 110 is set to climb to at least 80th in the rankings next week.

"This is crazy," Gauff added after winning in 92 minutes. "I thought I was out in qualifying and now I'm here.

"This was one of the highest-level matches I've played. Andrea hit a lot of winners and put pressure on me.

"I was fighting for every point, even at break points down, I just tried to get the serve in and make her play a point."

This is Gauff's first WTA tournament since she left the court in tears after a heavy defeat by two-time Grand Slam champion Naomi Osaka in the US Open third round.

Gauff showed plenty of variety in her game as she beat the 75th-ranked Petkovic, relying frequently on well-executed drop shots.

"I'm not the most confident with it but it worked well today," she said. "I think I'll keep using it until it doesn't work so well anymore."

The youngest-ever winner of a WTA Tour title was two-time US Open champion Tracy Austin, aged just 14, at Portland in 1977.

Gauff saved nine of 10 break points and broke her opponent for 3-2 in the second set as Petkovic saved five break points before double-faulting on a sixth.

The American fought through in the final game to serve out victory, staving off three break points and coming through on her second match point.

Her mother arrived in time to watch her daughter, flying in from Luxembourg after arriving from Florida.

Gauff had thought she would be involved in Luxembourg WTA qualifying this weekend, but finds herself with more pressing duties in Linz instead.