Andrea Petkovic eased past Italian Camila Giorgi in her opening game at the Dubai Open. 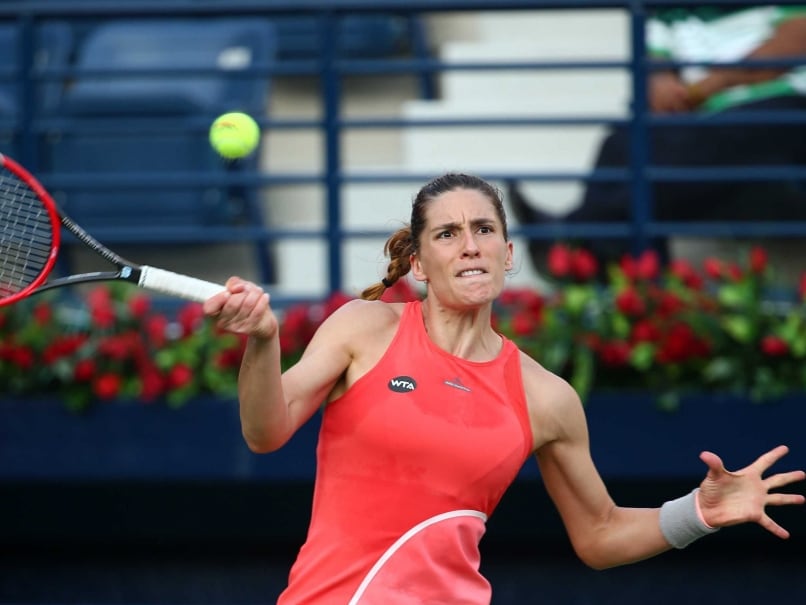 Andrea Petkovic broke six times to start her week at the Dubai Tennis Championships on Monday with a 6-2, 6-1 defeat of Italian Camila Giorgi as the German winner ended a two-match loss streak. (Read More in Tennis)

The number 26, who exited in the Australian Open first round after playing a Brisbane quarter-final and then was beaten in the Fed Cup by Swiss Belinda Bencic, is working with a new coaching team and feels her tennis has turned a corner after she toyed last December of quitting the sport.

Petkovic could face new world number nine Bencic in the next round at the Aviation Club if the weekend finalist in St Petersburg beats former number one Jelena Jankovic in the opening round.

The 40th-ranked Giorgi saved two match points in the final game as Petkovic closed out the victory in 63 minutes with 15 unforced errors to the 33 of her opponent.

"I'm very happy with how I played, I've worked hard over the past few weeks to be ready here and I was able to translate good training onto the match court," Petkovic said.

"All the work paid off, things are coming together for me."

Petkovic said she had a close call after the end of last season, as she pondered her future in the game. "I was in New York and thought about just staying there. But in the end I took my plane to Germany and began to work on my game," she said.

"I'm happy I made the right decision to stay in tennis."

Giorgi had won the first three matches between the pair, with Petkovic beating the Italian last season in Cincinnati.

"I didn't have the best head-to-head against her, but I'm finding the balance between consistency and going all out for your shots, coming in on the short ball - I think I did that quite well today," said Petkovic.

"I feel much more ready physically than I did last year and I'm looking forward to the season."

American Madison Brengle erased a 4-0 deficit in the second set to advance over Russian Ekaterina Makarova 6-4, 7-5.

The WTA field is headed by Romanian Simona Halep, with Spain's Wimbledon finalist Gabriela Muguruza the second seed. The leading four seeds do not start until the second round thanks to byes.

Comments
Topics mentioned in this article
Andrea Petkovic Tennis
Get the latest updates on IPL 2021, IPL Points Table , IPL Schedule 2021 , live score . Like us on Facebook or follow us on Twitter for more sports updates. You can also download the NDTV Cricket app for Android or iOS.