Former world number one Andy Murray bowed out of the Australian Open on Monday for potentially the last time. 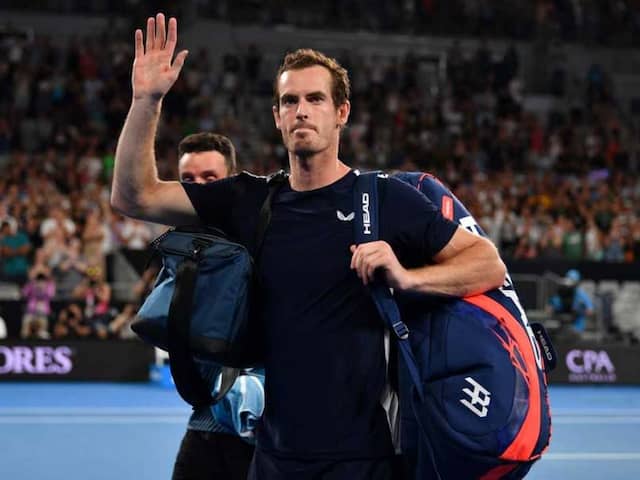 Andy Murray's tennis career could yet be prolonged by hip resurfacing surgery.© AFP

Andy Murray's tennis career could yet be prolonged by hip resurfacing surgery, according to the doctor who performed the procedure on US doubles specialist Bob Bryan. Former world number one Murray bowed out of the Australian Open on Monday for potentially the last time after saying his longstanding hip pain was too much to bear. Earlier Murray, 31, had declared he would like to end his career at Wimbledon, where he has won two of his three Grand Slam singles titles, if possible. Dr Edwin Su operated on Bryan, who then took part at the Australian Open in under six months since his surgery.

Bryan has recommended Su to Murray, although the greater physical demands of singles compared to doubles, mean there is no guarantee the same operation could help the British tennis great to regain a place among the world's top players.

Su, though, told Britain's Mail on Sunday newspaper: "I think it would absolutely be able to help him. Ideally, it is with no pain. Most of the time, right away from the time they wake up from the surgery, patients say that the pain is gone.

"It is really miraculous. There is then healing and soft-tissue pain but, once they start feeling better, they are able to do the things they used to do. They can regain their normal life."

Su, however, added: "What is unknown in elite athletes is whether they can return to sport. There is no guarantee in any medical procedure but, given he has been able to continue his performance at such a high level with a bad hip, I would guess the new hip would function better."

Su forecast that if Murray, also a double Olympic champion, had surgery soon, he could yet return in time for Wimbledon.

"Singles is much more strenuous than doubles," he accepted. "It's uncharted territory.

"No one has done it and returned in singles tennis and it would require more endurance in the muscle to cover the court but, based on the previous operations of sportsmen in basketball and hockey, who also have to move quickly, I think he could do it.

"Murray means a lot to the sport and I think he has got a lot of great tennis left in him.

"We just have to give him a great hip."

Earlier, the 40-year-old Bryan reached out to Murray by saying: "I just represent an option for him. That guy does everything you can possibly do as far as training and rehab.

"He's talked to a million specialists. But I'm really the only guy to be playing on tour with a metal hip."

Meanwhile Leon Smith, the captain of Britain's Davis Cup team, said he would give up the post "instantly" if Murray wanted it.

"He's earned the right for that and he could help British players or he could be involved in training camps," Smith also told BBC Radio on Sunday.

"Whatever it is, we want to use him."