''Big 3'' Of Tennis Won't Be Affected Much Due To COVID-19 Pandemic: Vijay Amritraj

Vijay Amritraj said the trio of Roger Federer, Novak Djokovic, and Rafael Nadal have a tight grip over Grand Slam tournaments and won't feel any financial stress or the pressure of progress. 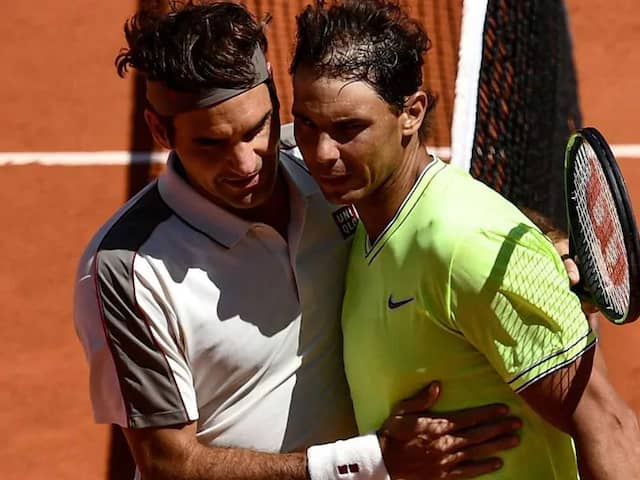 Roger Federer and Rafael Nadal have dominated the rankings for a long time.© AFP

The ''big three'' of the tennis world won't lose much due to the suspension of professional tours since they have already created their own legacies but the real struggle is for lower-ranked players, including the Indians, says legendary Vijay Amritraj. The men's ATP Tour won't start before August and the WTA Tour is expected to resume not before July 20. Amritraj said the trio of Roger Federer, Novak Djokovic, and Rafael Nadal have a tight grip over Grand Slam tournaments and won't feel any financial stress or the pressure of progress.

"They won't be affected at all by loss of money or points. They are all chasing each other on the number of Grand Slams as they have legacies already in place. They have all made history in their own way," Amritraj told PTI in an e-mail interaction.

The Indian tennis legend said the situation is tough for a large pool of players across the globe, especially the ones outside the top-100 bracket.

"The Indian players will also be affected exactly like the lower-ranked players making it hard to get back in the position of fitness, ranking points, and cash on hand to get started quickly when it opens up."

Amritraj, who is also President of the Tamil Nadu Tennis Association (TNTA), said whenever tennis action resumes, the most likely scenario would be that fans won't be able to watch the live-action.

"Tennis this year seems a bit distant though the US Open and the delayed French Open seem to still have a date in place. I will have to wait and see if it still happens.

"Tennis could potentially return with no fans rest of this year. That''s also tentative depending on each country's situation. Social distancing and the fact that players come from different countries makes our sport tougher to run," he said.

On Wimbledon being cancelled this year owing to the COVID-19 pandemic, Amritraj, twice a quarter-finalist at the prestigious grass-court tournament, said: "it is a great disappointment".

"It's such a major event on the sporting calendar worldwide. Eagerly look forward to 2021," Amritraj, a noted commentator and who has been associated with Wimbledon for five decades, said.

To a question, if the so-called pack of challengers which includes the likes of Australian Open finalist Dominic Thiem, Stefanos Tsitsipas, and others was any closer to beating the ''Big Three'', Amritraj said they were still some way behind.

"All the challengers are still catching up. They are the best behind the top three and there are several others as well. But until they start winning the Grand Slam events and that too on a regular basis, which they will, we have to wait and see how the top three maintain their winning record especially as age is not on their side," he said.

Novak Djokovic Dominic Thiem Stefanos Tsitsipas Tennis
Get the latest updates on IPL 2020, check out the IPL Schedule for 2020 and Indian Premier League (IPL) Cricket live score . Like us on Facebook or follow us on Twitter for more sports updates. You can also download the NDTV Cricket app for Android or iOS.