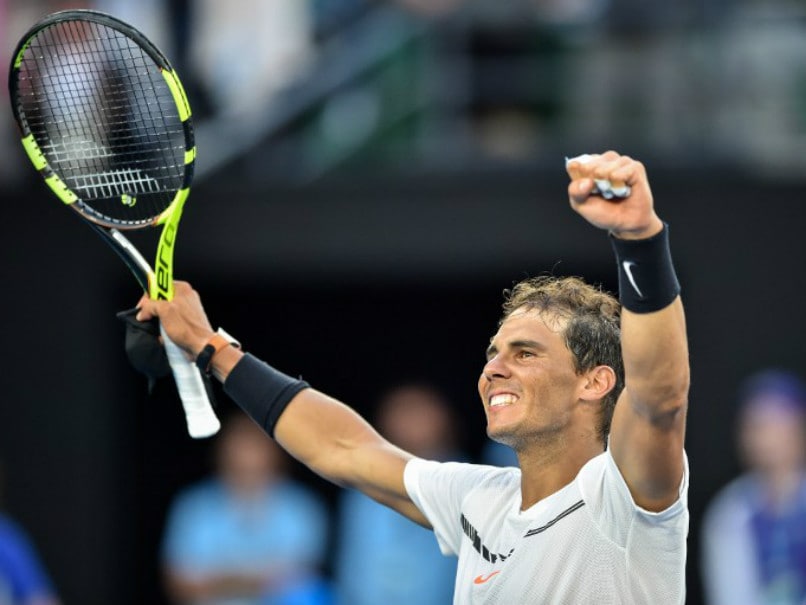 Rafael Nadal's ageing legs outlasted German teenager Alexander Zverev in an epic five sets as Serena Williams sailed into the last 16 at the Australian Open on Saturday. Nadal needed all his trademark grit against Zverev, 19, dubbed "the future of tennis", and his superior fitness told as he ground out a thrilling 4-6, 6-3, 6-7 (5/7), 6-3, 6-2 win. Germany's Zverev looked in discomfort as he won a punishing 37-shot rally nearly four hours into their contest as Nadal, still full of running, pressed his advantage in the final set.

"Well, fighting, and running a lot," Nadal said, when asked how he came back from two sets to one down.

"Everybody knows how good Alexander is. He's the future of our sport, and the present."

Serena, by contrast, had no such trouble as she brushed off fellow American Nicole Gibbs 6-1, 6-3 to maintain her charge towards a 23rd Grand Slam title.

Serena, back after an injury break at the end of 2016, has been in brilliant form and she will take some stopping as she zeroes in on Steffi Graf's Open-era record.

The next player to take on Serena will be Barbora Strycova, who ousted France's Caroline Garcia to earn a shot at the world number two.

"Obviously I'm here for one reason," said Serena, who again lifted her index finger in celebration at her victory, symbolising the number one.

"But at the end of the day, this is all bonus for me and I look forward to playing (Strycova). I'm ready for her."

David Goffin halted towering Croatian Ivo Karlovic, who won a tournament-record 84-game match in the first round, to set up a clash against Austrian eighth seed Dominic Thiem.

"I was ready to fight until midnight if I had to," grinned the Belgian.

In the women's draw, Britain's Johanna Konta maintained her sizzling form with a dominant 6-3, 6-1 victory over former world number one Caroline Wozniacki.

"Against someone like Caroline, she's not going to give it to you. You really do have to earn it and win it till the very last point. I'm just very happy I was able to keep that pressure on," said the ninth seed.

Konta's prize is a round-of-16 rematch with Russia's Ekaterina Makarova, whom she edged at the same stage last year, going 8-6 in the final set.

Mirjana Lucic-Baroni, who hadn't won an Australian Open match since 1998 before this year, extended her fairytale run by beating Greece's Maria Sakkari 3-6, 6-2, 6-3.

Next up for the 34-year-old Croatian, who put her career on hold to flee her abusive father, is American qualifier Jennifer Brady, who upset 14th seed Elena Vesnina.