Serena Williams staved off a spirited fight from top seed Simona Halep of Romania to enter the quarterfinals of the Australia Open. 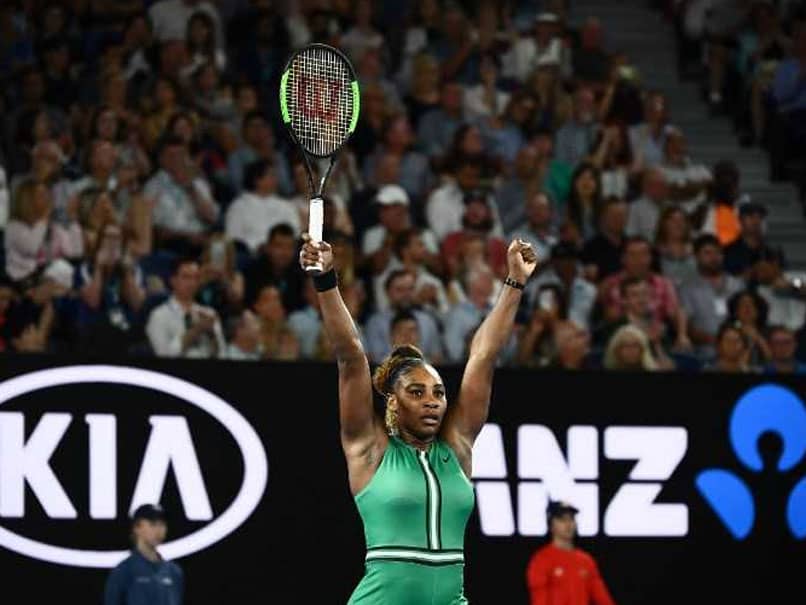 Serena Williams has looked in ominous form so far at Melbourne Park.© AFP

Serena Williams, seeded 16th, knocked World No.1 Simona Halep out of the Australian Open after winning the Round of 16 match 6-1, 4-6, 6-4 at the Rod Laver Arena on Monday. Serena Williams has looked in ominous form so far at Melbourne Park, as she seeks one more Grand Slam title to put her alongside Margaret Court's record of 24. The 37-year-old 23-time Grand Slam winner will play seventh seed Karolina Pliskova, who defeated two-time major winner Garbine Muguruza in straight sets earlier on Monday, for a place in semifinals. World number one Halep had struggled in her opening two matches, where she was extended to three sets in both. The reigning French Open champion finally hit form to beat Serena's sister Venus in round three.

The American dismantled Halep's game to race through the opening set in 20 minutes.

The 27-year-old Romanian however recovered in the second, winning it 6-4.

Williams saved three break points at 3-3 in the decider, winning the next game to seize control.

The veteran comfortably held her next service game to edge closer, then served out for victory in one hour and 47 minutes.

"It was an intense match and there were some incredible points, but I love being here," Serena said.

Williams, searching for her first Grand Slam title since coming back from pregnancy last year, has now won nine of her 10 meetings with Halep.

Comments
Topics mentioned in this article
Serena Williams Simona Halep Tennis
Get the latest updates on India vs Australia Series, check out the India vs Australia Schedule for 2020-21 and Ind vs Aus live score . Like us on Facebook or follow us on Twitter for more sports updates. You can also download the NDTV Cricket app for Android or iOS.