Eighth seed Kei Nishikori began to suffer early in the first set and was a shadow of his usual fighting self as he lost it in 31 minutes. 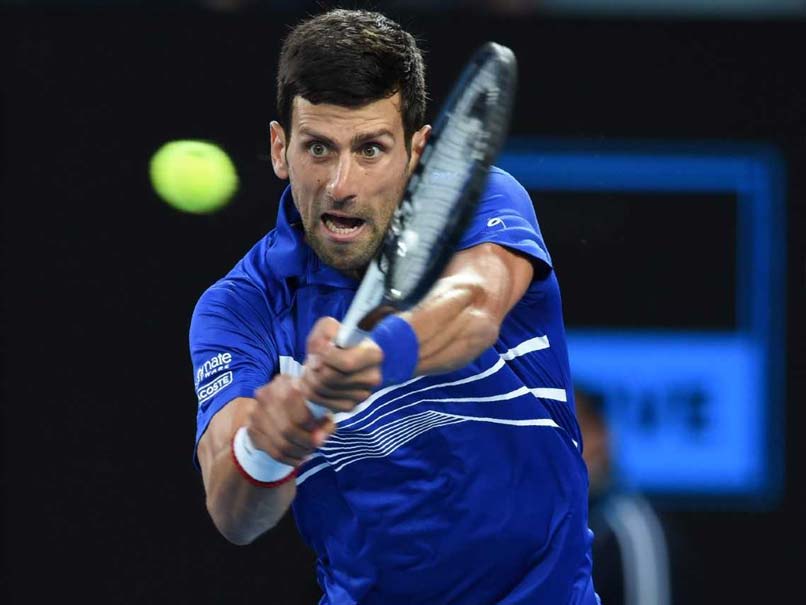 Novak Djokovic was leading 6-1, 4-1 against Kei Nishikori before the Japanese retired.© AFP

World number one Novak Djokovic reached the Australian Open semi-finals in a hurry Wednesday as an ailing Kei Nishikori retired when losing 6-1, 4-1 after just 51 minutes. Nishikori had endured three five-set epics during 13hr 47min on the court before the quarter-final clash and suffered a thigh strain in the first set as the marathon matches took their toll. Eighth seed Nishikori began to suffer early in the first set and was a shadow of his usual fighting self as he lost it in 31 minutes. After a medical timeout and three minutes of treatment from the physiotherapist, Nishikori emerged for the second set with his right thigh strapped and courageously attempted to carry on.

He seemed to be moving a little more freely, but the recovery did not last long.

After being broken to go 2-1 down by the Serbian 14-time Grand Slam champion Nishikori became almost immobilised.

When Djokovic broke again to go 4-1 ahead it proved the last straw for Nishikori's brave challenge.

With all chance of winning gone, the pair shook hands at the net as the Japanese number one decided it would be better not to risk any further long-term damage.

Djokovic immediately wished his old foe Nishikori a speedy recovery after beating him for the 16th time in 18 meetings.

"I love to battle, especially against Kei, we have played so many matches in our careers," said the Serb, who is chasing a record seventh Australian Open title.

"I hope you can recover. I hope it's not something serious that will take too long. I wish him a speedy recovery.

"I'm sorry for everybody for not having a full match tonight but thank you for showing up."

Djokovic was exhausted after his late-night four-set win over Daniil Medvedevon Monday and made no secret of his delight to escape the quarter-final with such a light workout.

"As they say, this is exactly what the doctor ordered for me after the match two nights ago," Djokovic said. "Not to spend too much time on the court.

"I've had plenty of matches so far this year and I am in another semi-final and I will do everything to get ready for that one."

Novak Djokovic Kei Nishikori Tennis
Get the latest updates on Fifa Worldcup 2022 and check out  Fifa World Cup Schedule, Stats and Live Cricket Score. Like us on Facebook or follow us on Twitter for more sports updates. You can also download the NDTV Cricket app for Android or iOS.