Novak Djokovic came through an almost three-and-a-half hour, four-set grind that extended into the early hours of Tuesday. 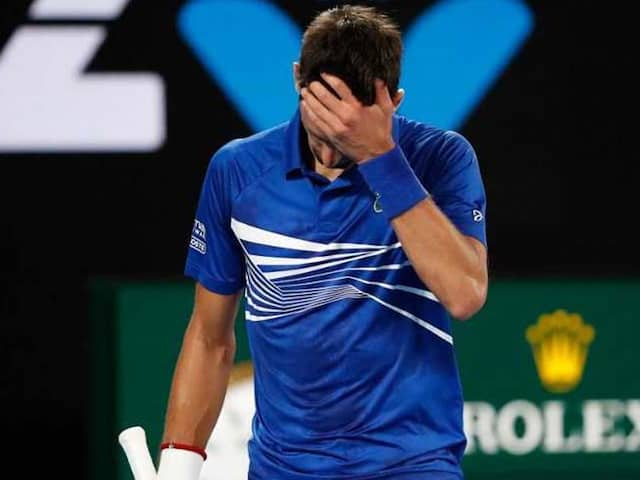 Australian Open: Novak Djokovic was made to toil in his fourth round win over Daniil Medvedev.© AFP

Drained Novak Djokovic admitted he "didn't feel so great" after surviving a physical fourth-round examination against 15th seed Daniil Medvedev at the Australian Open. The world number one came through an almost three-and-a-half hour, four-set grind that extended into the early hours of Tuesday morning (local time). Djokovic dropped a set for the second match running but won 6-4, 6-7 (5/7), 6-2, 6-3 at 12:43 am to set up a quarter-final against Japan's eighth seeded Kei Nishikori on Wednesday. Serb Djokovic and Russian Medvedev both needed attention from the trainer during an exhausting encounter liberally sprinkled with punishing rallies of 30 shots or more.

"I didn't feel so great, you know, in the last 20 minutes of the match," Djokovic told reporters.

"So we'll see tomorrow how the body reacts, but I'm confident I can recover and I can be ready for next one," he said.

"It was kind of a cat-and-a-mouse game for most of the match.

"We had rallies of 40, 45 exchanges. That's why I think it was physically exhausting.

"His backhand is very, very solid. He didn't give me much from that side, but, you know, you can't always play on the forehand.

"You have to open up the court and try to be patient and construct the point."

The 31-year-old Serb crucially saved three break points at 1-2, 0-40 in the pivotal third set to break the tenacious 22-year-old's resolve.

"Even though it was three sets to one, it seems like a five-set match, really," said Djokovic.

"It was draining physically a lot, because, you know, you just could not rely on the one-two punch tactics."

Djokovic reached his 43rd Grand Slam quarter-final to stay on course for a record seventh Australian Open title, but will next have to conquer marathon man Nishikori.

The Japanese number one was in trouble at two sets down before winning a third five-setter in four matches to get past Spain's Pablo Carreno Busta.

"Congratulations to him for fighting back from two sets to love down and break down. He's a fighter," said Djokovic.

"He's a very talented player. One of the quickest players on the tour. You know, hard worker. I have lots of respect for him."

The Australian Open is Djokovic's most successful major and a seventh crown would put him clear of six-times champion Roger Federer, who was eliminated on Sunday, and Australian great Roy Emerson, whose six wins all came before the Open era.

Victory at this year's Australian Open would be the Serb's 15th in Grand Slams, putting him third on the all-time winner list -- one ahead of American great Pete Sampras, but behind Rafael Nadal's 17 titles and Federer's 20.

It would be his third major in a row after winning Wimbledon and the US Open and set him up for a crack at the "Novak Slam".

The French Open comes next and victory at Roland Garros would mean he holds all four majors.

Novak Djokovic Kei Nishikori Roger Federer Tennis
Get the latest Cricket news, check out the India cricket schedule, Cricket live score . Like us on Facebook or follow us on Twitter for more sports updates. You can also download the NDTV Cricket app for Android or iOS.