The Japanese had set his sights on returning to the world's top five after falling to 39 last April due to a wrist injury. 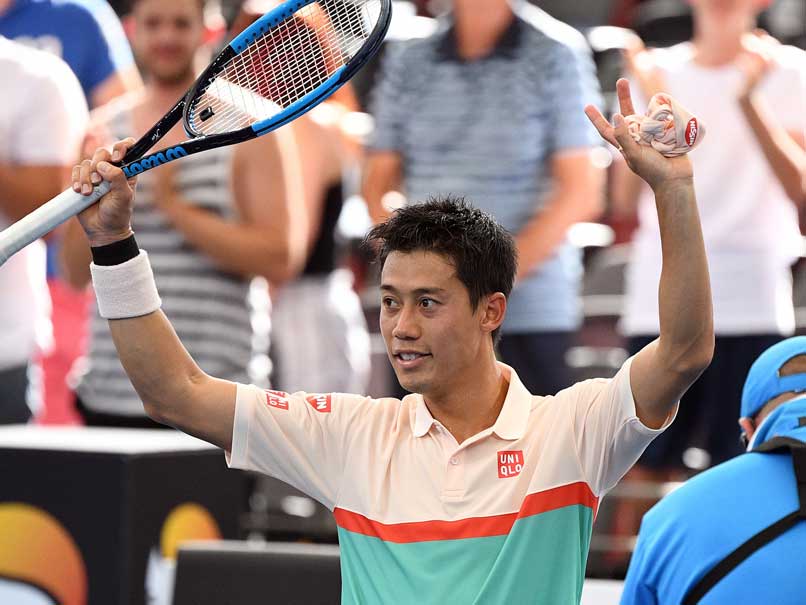 Japanese star Kei Nishikori was in superb form as he demolished Jeremy Chardy 6-2, 6-2 in the semi-finals of the Brisbane International on Saturday. The 29-year-old gave his French opponent no chance as he put on a commanding all-court display to advance to the final for the second time in three years. After his impressive straight sets quarter-final win over Grigor Dimitrov, Nishikori said he had set his sights on returning to the world's top five after falling to 39 last April due to a wrist injury at the end of 2017 that required time away from the tour.

And he showed all the qualities of a top five player in his 66-minute demolition at the Pat Rafter Arena.

He only served two aces compared with the 11 sent down by Chardy, but Nishikori returned superbly and pressured the Frenchman's serve throughout, breaking him twice in each set.

Nishikori also moved around the court well, his speed not noticeably affected by the injuries that hampered him last year.

"I felt like I was too fast on the court today -- I felt very good.

"Physically and tennis-wise I think it was perfect. I served well, I returned well -- I think that was the key today -- and I was moving well, that was fantastic."

Nishikori was runner-up to Dimitrov in 2017 and will go into Sunday's final against either fourth-seeded Russian Daniil Medvedev or Frenchman Jo-Wilfried Tsonga as firm favourite.

Comments
Topics mentioned in this article
Kei Nishikori Grigor Dimitrov Tennis
Get the latest updates on IPL Auction 2023 and check out  IPL 2023 and Live Cricket Score. Like us on Facebook or follow us on Twitter for more sports updates. You can also download the NDTV Cricket app for Android or iOS.