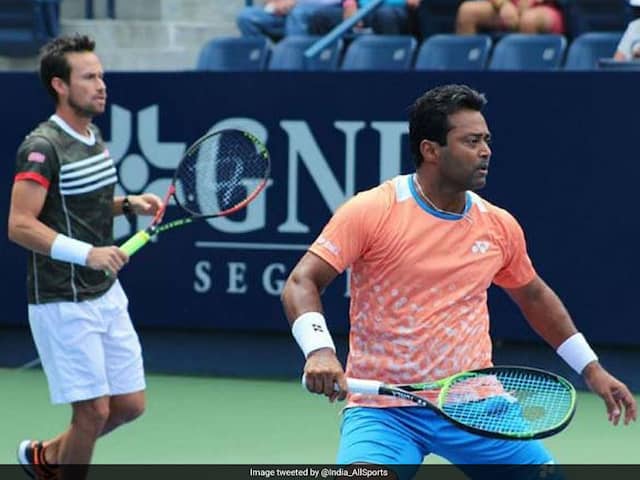 India's Australian Open 2019 campaign started on a horror note as legendary Indian tennis player Leander Paes and his men's doubles partner Miguel Angel Reyes-Varela have been knocked out after a first-round loss in straight sets. The Indo-Mexican pair lost 5-7, 6-7(4/7) to the pair of Austin Krajicek and Artem Sitak.

Another pair featuring Indians - Rohan Bopann and Divij Sharan - has also been knocked out of the Grand Slam tournament after they suffered defeat at the hands of the Pablo Carreno Busta-Guillermo Garcia Lopez. The three-set encounter ended in Busta-Lopez's favour 6-1, 4-6 and 7-5.

And Swiss tennis star Roger Federer registered a straight-set victory against Denis Istomin of Uzbekistan in the opening round.

Comments
Topics mentioned in this article
Leander Paes Tennis Tennis
Get the latest Cricket news, check out the India cricket schedule, Cricket live score . Like us on Facebook or follow us on Twitter for more sports updates. You can also download the NDTV Cricket app for Android or iOS.