Andy Murray Sets Sights On Participating In Both US Open, French Open

Andy Murray, a three-time Grand Slam champion, has been out of action since November with a pelvic injury. 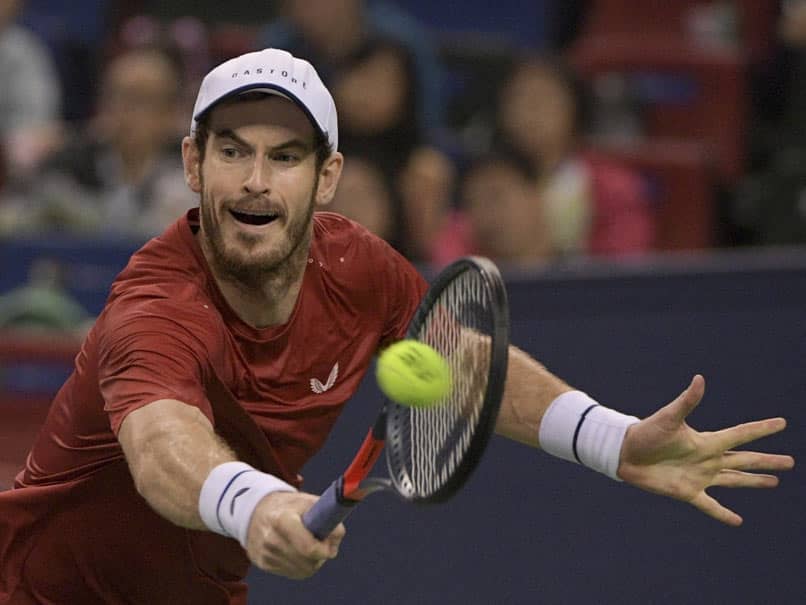 Andy Murray will return in an all-British tournament hosted by his brother Jamie Murray this week.© AFP

Andy Murray is hoping of making a return to Grand Slam tennis at both the US and French Open later this year. The three-time Grand Slam champion has been out of action since November with a pelvic injury, but will return in an all-British tournament hosted by his brother Jamie Murray this week. Murray will face Liam Broady at the National Tennis Centre in Roehampton on Tuesday. The Battle of the Brits gives Murray the chance to get some competitive action under his belt ahead of the planned August resumption of the ATP tour before two Grand Slams come in quick succession.

The US Open is set to take place behind closed doors from 31 August, with the French Open starting on 27 September.

Some leading players, including Novak Djokovic and Rafael Nadal, have questioned whether they will head across the Atlantic to play at Flushing Meadows.

However, Murray is happy to return to New York for his first Grand Slam since the 2019 Australian Open, even if it means limiting the number of his team who can travel with him.

"Playing the Grand Slams would be my priority," said the Scot. "The schedule is tricky and I understand the reason why it is like that.

"I don't mind what the situation is, providing it is safe.

"If I was told I could take one person with me, for example, you can make that work. I'd probably go with a physio and some coaching could be done remotely."

Murray is yet to draw up a schedule of which events he will play in preparation for the Slams, but is hoping an extended layoff will help his body fully recover from a number of serious injuries.

The 33-year-old had career-saving hip surgery in 2019, before his latest long-term injury layoff.

Murray had been planning a return in March before the coronavirus pandemic brought the tour to a halt.

"My hip has been feeling better for probably the past three or four weeks," he added.

"Right now, I feel a little bit more confident because I've had more training under my belt, more practice. In March time, I'd only been practising for four or five weeks since I'd had the issues."