The US Open main draw is due to get underway in New York on August 31. 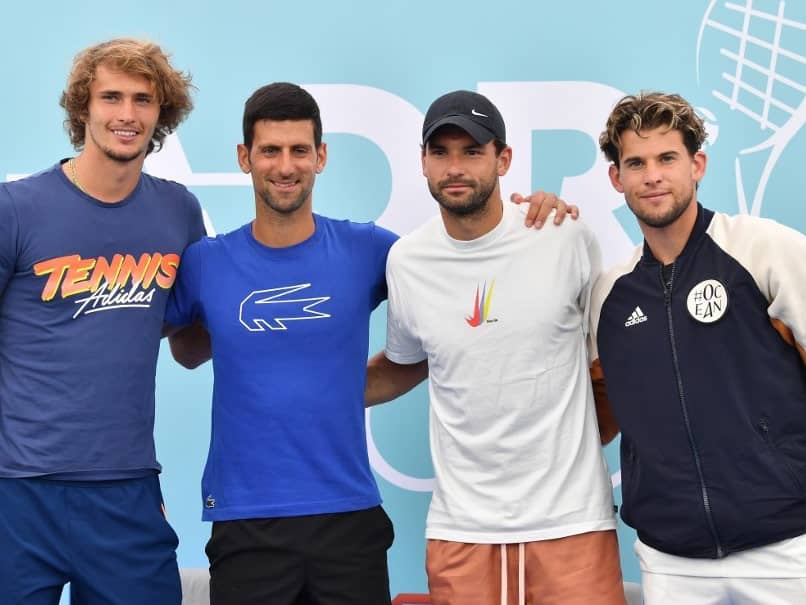 Dominic Thiem, Alexander Zverev and Grigor Dimitrov on Friday joined world number one Novak Djokovic in expressing their reluctance over playing at the US Open under current conditions while the coronavirus pandemic is still active. "All of these circumstances are pretty tough," world number three Thiem told a press conference in Belgrade. "So I think some circumstances will have to change (for it to) make sense to go there," the 26-year-old Austrian said.

"It's great if we get the opportunity to play, but under these circumstances, I don't think a lot of players will feel comfortable in the environment there," he said.

"So that's my opinion. But it's not really up to us players in that way, in a way the US Open decides."

Like Djokovic recently, Zverev cited notably the obligatory 14-day quarantine for players arriving in the US, housing in airport hotels near the tournament and not allowing them to be accompanied by more then one member of the team.

Thiem stressed that a "Grand Slam can be pretty demanding physically and you'll have to choose your coach or your physio".

But both Thiem and Bulgaria's Dimitrov said they would wait until a decision on the US Open -- widely expected to be announced on Monday -- before taking a final position.

"Well nobody knows, maybe things improve, maybe not, so we'll have to wait until the facts are out and then decide," Thiem said when asked whether he will participate at the tournament.

The US Open main draw is due to get underway in New York on August 31.

The three players arrived in Belgrade for a charity tournament hosted by Djokovic, which kicks off on Saturday.

The Adria Tour will be held until July 5 in Serbia, Croatia, Montenegro and Bosnia.

Djokovic, also the ATP players' council president, suggested on Wednesday that his season might resume on clay ahead of the French Open rather than at the US Open as he repeated concerns about playing in North America.

The Serbian, a three-time champion in New York, stressed that US Open organisers had to relax their "extreme conditions" or players would wait for the European tournaments.

Women's world number one Ashleigh Barty has also voiced caution about resuming tennis too soon, saying she needed more information before committing to the tournament.

The tennis season has been on hold since mid-March because of the pandemic, with Roland Garros pushed back to September-October and Wimbledon cancelled.

Meanwhile, former US Open semi-finalist Richard Gasquet of France said Friday he was also struggling to see how this year's tournament could be played.

"I find it hard to see for the US Open, everything is unclear. Nobody knows, it's difficult to imagine the US Open being held," Gasquet told AFP ahead of the start of the Ultimate Tennis Showdown, taking place close to Nice.

The ATP held a video conference with players on Wednesday to discuss tentative plans for the second half of a season that has been suspended until at least the end of July.

"Nothing came out of it," said Gasquet, who reached the last four at Flushing Meadows in 2013.

Novak Djokovic Grigor Dimitrov Alexander Zverev Dominic Thiem Tennis
Get the latest updates on India vs England Series, India vs England , live score and IPL 2021 Auction . Like us on Facebook or follow us on Twitter for more sports updates. You can also download the NDTV Cricket app for Android or iOS.