Andy Murray is taking part in the Battle of the Brits Team Tennis event in London this week and remains focused on the US Open in New York, scheduled to start on August 31. 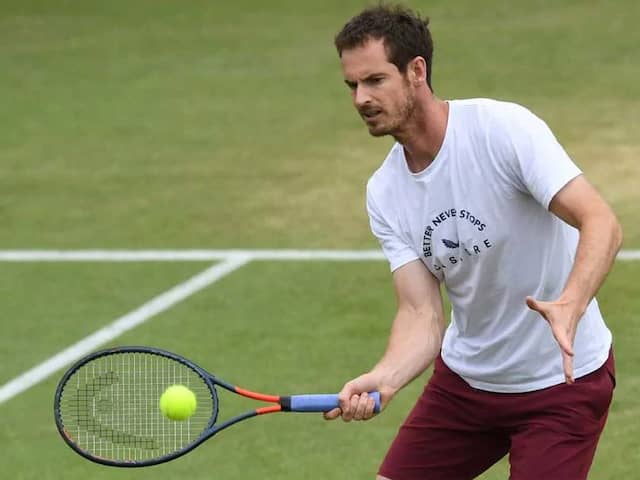 Andy Murray said he was still "apprehensive" but hopes tennis can follow other sports back into action.© AFP

Andy Murray is "mentally" planning for next month's US Open but admits he is apprehensive about the return of tennis following the coronavirus shutdown. The former world number one is taking part in the Battle of the Brits Team Tennis event in London this week and remains focused on the showpiece hard-court event in New York, scheduled to start on August 31. The British player told the Metro he was expecting the US Open, which he won in 2012, to go ahead.

"We have to try and prepare that way," he said. "We were saying four or five weeks ago, you know, we were pretty sceptical about it but mentally at some stage you need to start preparing and planning for that."

"I'm planning to try and be there in shape for the US Open," he added. "If it wasn't happening my schedule for practising, my rehab would all be a bit different. So yeah, mentally I'm planning for it to go ahead."

The three-time Grand Slam champion said he was still "apprehensive" but hopes tennis can follow other sports back into action after the long lay-off.

Top-level men's and women's tennis has been suspended since March.

Tennis chiefs last week cancelled a tournament in Washington DC due to mark the resumption of the men's tennis season over "continued uncertainties".

Several leading figures have cast doubts over the US Open, including world number one Novak Djokovic, who earlier this month said he was undecided over whether to travel for the tournament.

"Hopefully it can go ahead but, if not, I'm also OK with that," Murray said in comments reported by the Guardian. "It's not like I'm saying it must go ahead. We need to try to get back to competing when it's safe to do so.

"Some sports have gone back, and seem to have done pretty well -- football, for example. The issue for us is the travel."

Murray, still working his way back from injury, suggested he would probably try to compete at the ATP Western and Southern Open, which has been switched to Flushing Meadows, as a warm-up event ahead of the US Open.