Ravichandran Ashwin, Dinesh Karthik, Yuzvendra Chahal and Harshal Patel found a unique way to get insights into what waits for them in the 2022 T20 World Cup. 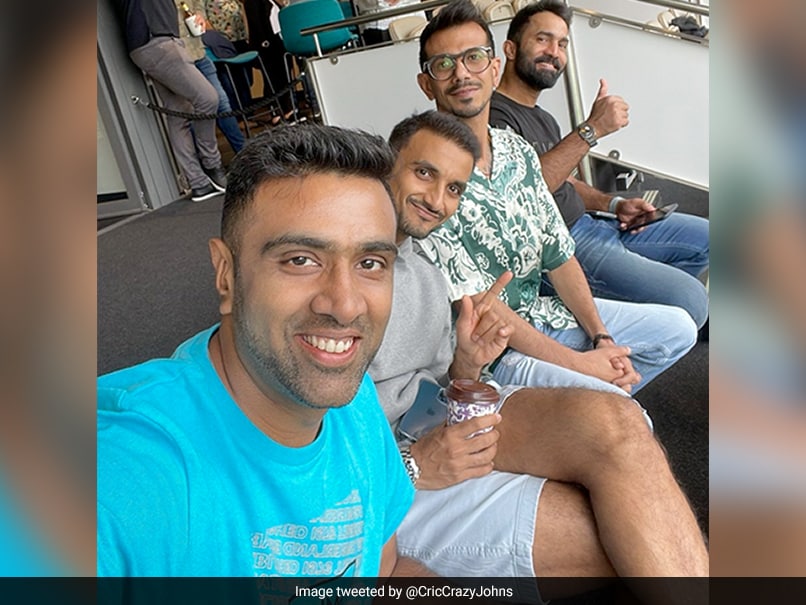 The T20 World Cup 2022 is only days away from its commencement. The Indian cricket team has already reached Down Under for the mega event and are putting work in the nets to best prepare themselves for the tournament. On Sunday, however, the likes of Ravichandran Ashwin, Dinesh Karthik, Yuzvendra Chahal and Harshal Patel found a unique way to get insights into what waits for them in the showpiece event. Ashwin took to Instagram to share a story where he posted a picture of him, Karthik, Chahal and Harshal watching the first T20I between Australia and England in Perth.

The two teams squared-off in the first of the 3-match series as a preparatory platform for the T20 World Cup at Perth. It isn't a hidden fact that Ashwin is a great student of the game who keeps a close eye on his opponents and devises plans to get the better of them on the 22-yard cricket pitch.

While there's no denying that watching a game of cricket at Perth would've been fun for the quartet, Ashwin and the others must've also learned a few things about the two teams.

As for the match, England secured an 8-wicket victory over Australia in the match. Alex Hales and Jos Buttler produced fireworks with the bat, scoring 84 and 68 respectively.

Harshal Patel ICC T20 World Cup 2022
Get the latest updates on IPL Auction 2023 and check out  IPL 2023 and Live Cricket Score. Like us on Facebook or follow us on Twitter for more sports updates. You can also download the NDTV Cricket app for Android or iOS.