Aaron Finch said that the T20 World Cup may end up getting postponed by up to three months. 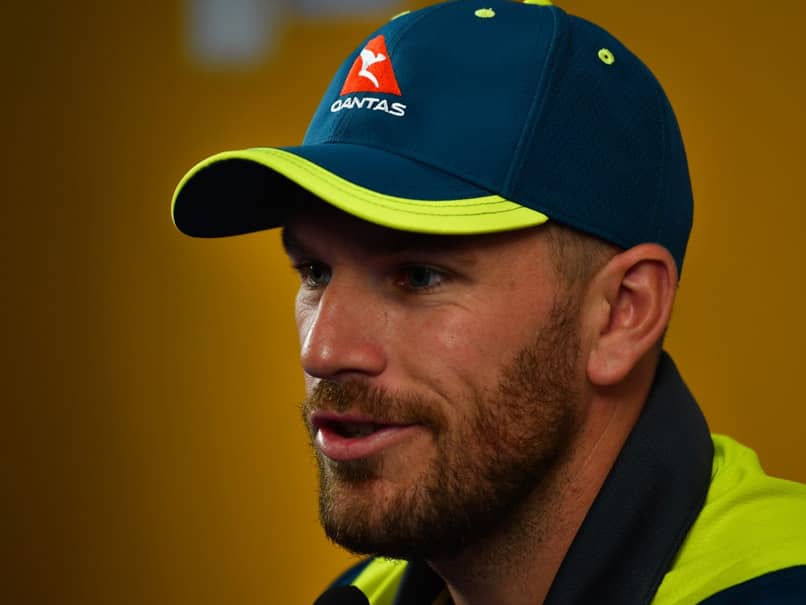 Australia's limited-overs captain Aaron Finch feels the dreaded COVID-19 pandemic might lead to a postponement of this year's T20 World Cup by up to three months. The T20 World Cup is scheduled in Australia from October 18 to November 15. Finch doesn't see that holding up given the current health crises affecting lakhs of people worldwide. "I think we might have to get our heads around a T20 World Cup that might be postponed for a month, two months, three months, whatever it has to be," Finch told 'SEN Radio'.

Finch said he wouldn't mind seeing the game resuming without fans once the pandemic is brought under control.

"We played one ODI against New Zealand with no crowd (and it) was really strange for first four or five overs, but then you got into your work," he said.

Apart from the T20 World Cup, Australia is also set to host India for a bilateral series which includes a four-Test rubber.

The ICC's Chief Executives Committee (CEC) is meeting on Thursday to discuss the financial implications of COVID-19 and also the contingency planning for all ICC global events, including the T20 World Cup, over a conference call.

"I think we might have to get a little bit creative with how we do that (as part of a new-look schedule). Whether that's setting up and playing two Test matches in one hub or something like that," he said.

Fast bowler Josh Hazlewood had suggested that the entire Border-Gavaskar Trophy be held at one venue -- the Adelaide Oval -- to ensure that the rubber does go ahead.

Cricket Australia is exploring options to save the series in the wake of the pandemic which has led to global travel restrictions as well.

Aaron Finch Cricket ICC T20 World Cup 2020
Get the latest updates on IPL 2021, IPL Points Table , IPL Schedule 2021 , live score . Like us on Facebook or follow us on Twitter for more sports updates. You can also download the NDTV Cricket app for Android or iOS.