The game provides India an opportunity to fine-tune team combination ahead of the upcoming T20 home series against Australia and New Zealand. 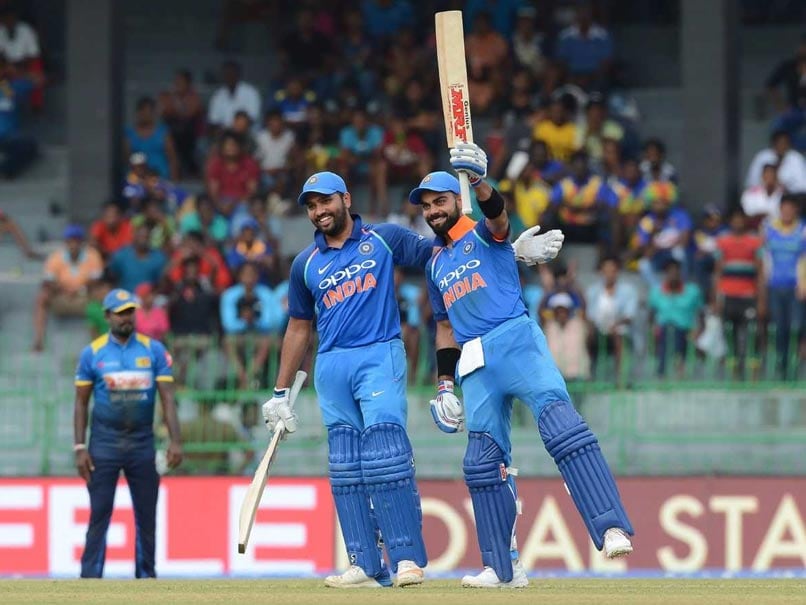 India would aim to cap off their super successful Sri Lanka tour with another ruthless victory in the one-off T20 International at Colombo on Wednesday. Any other result than India's resounding win looks highly unlikely tomorrow, consdering the visitors' rampaging run in the preceding Test and ODI series, where they whitewashed the hosts 3-0 and 5-0 respectively. The game provides India an opportunity to fine-tune team combination ahead of the upcoming T20 home series against Australia and New Zealand. In total, India would play nine T20 Internationals this home season and all contests will be a three-match series.

India are on an experimentation drive ahead of the 2019 50-over World Cup and one name they could have tried here is Rishabh Pant, who was not named in the squad.

It is all the more surprising since the selectors had an opportunity to send him for this stand-alone game when Shikhar Dhawan returned home to tend to his ailing mother this past weekend, leaving Ajinkya Rahane to open the innings in the fifth ODI.

Pant has previously featured in two T20Is against England and West Indies, but was kept out of this tour on account of his poor run for India-A in South Africa, as stated by chief selector MSK Prasad after the team selection.

In the lone T20 against West Indies at Jamaica, Virat Kohli had opened the innings with Dhawan with Pant slotting in at no.3. As such, their dual absence will necessitate atleast a couple changes from the Indian skipper.

Rohit Sharma slots back in automatically, for he didn't travel to the Caribbean earlier whilst KL Rahul and Manish Pandey will be expected to bring up the middle order.

Kedar Jadhav scored a much needed half-century in the final ODI, and he could be afforded another chance to prove his credentials as India prepare for a long limited-overs' schedule at home.

Hardik Pandya was rested for that fifth match on Sunday, and he too is expected to return to the playing eleven.

Pandya hadn't featured in India's last T20I against the West Indies, with Kohli opting for five full-time bowlers back in July. His return to the playing eleven could allow for a bowling combination similar to the ODIs, with four full-time options to choose from.

Jasprit Bumrah is a shoe-in of course, whilst it remains to be seen if Shardul Thakur will get another go after proving expensive in the last match at Bhuvneshwar Kumar's expense.

Kohli does like to field leg-spinners in the shortest format, and he played both Yuzvendra Chahal and Amit Mishra against England at both Nagpur and Bengaluru. He is expected to repeat this trick with Chahal and Kuldeep Yadav this time around.

Even so, there were no sure hints coming forth as the Indian team enjoyed an additional off day ahead of the game and did not practice.

Meanwhile, Sri Lanka have made a few changes to their original T20 squad after suffering the 5-0 whitewash. Leg spinner Jeffrey Vandersay and seam-bowling all-rounder Dasun Shanaka are prominent additions.

Pacer Suranga Lakmal makes a comeback after injury, as he had been ruled out ahead of the second Test in August. Mystery spinner Akila Dananjay has also been added to the squad.

Vandersay had made an impression for Sri Lanka in the World T20 last year, but suffered from injury issues since and hasn't been a regular feature of the side.

Surprisingly, left-arm leg spinner Lakshan Sandakan has been left out of the squad.

Pacers Vishwa Fernando and Dushmantha Chameera have also been left out after unimpressive showings in the recently concluded ODI series. Lasith Malinga has been picked again, however.

The Lankan team management had talked about resting Kusal Mendis as he was fatigued, and he has been duly left out.

The spotlight will be on skipper Upul Tharanga though. This will be his first T20 match in-charge after Angelo Mathews gave up captaincy post the loss to Zimbabwe prior to the Indian tour.

Tharanga was suspended during this ODI series due to poor run-rate, but refused to step down after the ODI defeat.

Instead, he has taken a six-month sabbatical from Test cricket and was omitted from Lanka's preliminary squad announced on Monday for the Pakistan series.

This is being as a sign that he wants to concentrate on the limited-overs' formats and a bid to overturn Sri Lanka's fortunes in ODIs and T20s at least.

As per the ICC rankings, the gap between the two sides is smaller (ranked no.5 and 8) for once, and the task is cut out for Tharanga to showcase what he can do in this one-off game.

Comments
Topics mentioned in this article
India Cricket Team Sri Lanka Cricket Team Virat Kohli Upul Tharanga Sri Lanka vs India 2017 Cricket
Get the latest updates on IPL 2020, check out the IPL Schedule for 2020 and Indian Premier League (IPL) Cricket live score . Like us on Facebook or follow us on Twitter for more sports updates. You can also download the NDTV Cricket app for Android or iOS.