India vs Sri Lanka: We Believe We Still Can Win A Game, Says Chamara Kapugedera

Chamara Kapugedera denied that the team was low on confidence. Instead, he said Sri Lanka finally have found some momentum for the first time in the ongoing series, what if they are yet to taste a victory against the Indians. 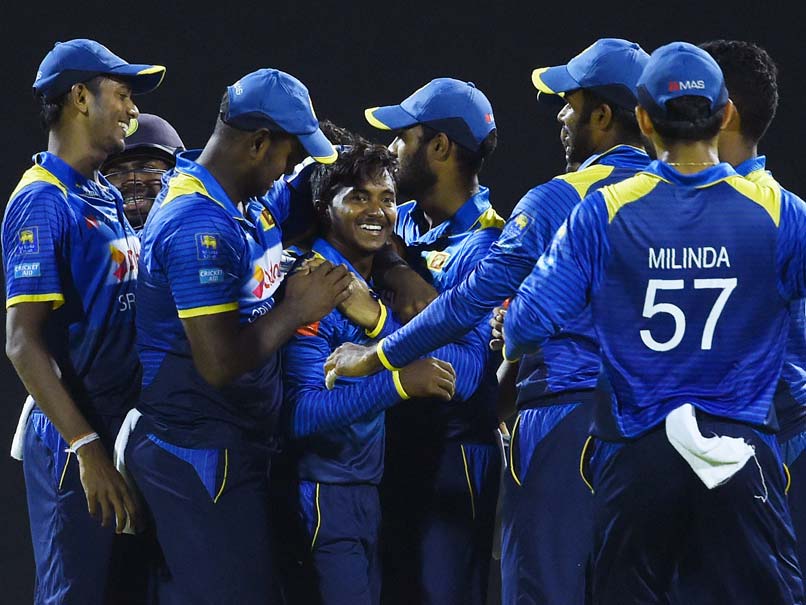 Chamara Kapugedera will lead Sri Lanka for the first time in his career.© AFP

Sri Lanka's stand-in captain Chamara Kapugedera said on Saturday that the fighting effort in a losing cause in the second ODI against India at Pallekele has given them the belief that they can still win a game in the ongoing series. Kapugedera denied that the team was low on confidence. Instead, he said Sri Lanka finally have found some momentum for the first time in the ongoing series, what if they are yet to taste a victory against the Indians. "I don't think we are struggling. I think there is a good atmosphere in the team. The way we played we are having lot of confidence. Everyone is together and hopefully we can pull off one win. After the last game we believe that we can win. We played really well," Kapugedera said on the eve of the third ODI here.

Unheralded mystery spinner Akila Dananjaya (6/48 in 9 overs) infused life into the series, which has been panned by all and sundry for the lopsided contests starting with the Test matches to take Sri Lanka tantalisingly close to a victory.

Mahendra Singh Dhoni's oodles of experience in pressure situations came in handy as he successfully anchored a tricky chase, guiding India to a three-wicket victory in the second ODI.

"Especially it was a fine effort by Akila Dhanajanya," the Lanka stand-in skipper said.

"One hurdle we have to overcome and things will fall in line. We are disappointed to lose the last game. But we need to take all the positives from it as well. We don't want to take any negatives. We need to take positives. Hopefully the guys will come up and do the job," Kapugedera added.

Kapugedera will lead Sri Lanka for the first time in his career after Upul Tharanga has been banned for two matches following a repeat slow over rate offence.

"It's a challenge for me. Every game is a challenge and I am ready for that challenge. As a team we discussed a lot of things. Whatever we spoke we need to put them into practice," he added.

Kapugedera will lead Sri Lanka in the next two ODIs, a surprising move considering Test skipper Dinesh Chandimal is also in the squad.

Chandimal had not been picked initially and overlooking him could mean that he is not a hundred per cent sure to feature in the game on Sunday.

Kapugedera, however, denied any such talks.

"We haven't actually gone through the team or finalised the team. We are still looking around for options. It is hard to say now as to who will open or who will play in the middle order. The selectors will take this call," he said.

"Chandimal and Lahiru Thirimanne came into the squad due to injury to Danushka Gunathilaka and ban of Upul. The last game whatever the changes we did that was based on our plans. We are not looking at all the remaining three games, but our main focus is winning the next game and to find a winning combination for the next game," said Kapugedera.

With three matches remaining, the hosts still need to win two ODIs to mathematically seal their spot in the 2019 ODI World Cup in England.

"I am not saying that those are things that matter, but more than any of those, what we are focusing on is to what we need to do to win tomorrow's game. We don't want to look too much forward. Winning the next game is the most important thing for us," Kapugedera signed off.

Comments
Topics mentioned in this article
India Cricket Team Sri Lanka Cricket Team Chamara Kapugedera Sri Lanka vs India 2017 Cricket
Get the latest updates on ICC T20 Worldcup 2022 and CWG 2022 check out the Schedule, Live Score and Medals Tally. Like us on Facebook or follow us on Twitter for more sports updates. You can also download the NDTV Cricket app for Android or iOS.