The hosts went down to India by three wickets in the rain-hit match in Pallekele on Thursday to trail the series 2-0. 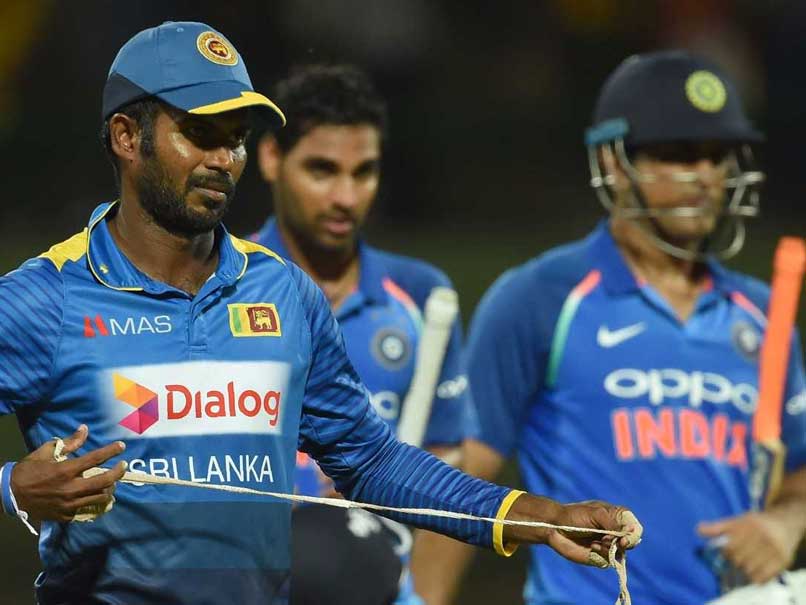 Upul Tharanga was handed a two-match ban for slow over rate.© AFP

Sri Lanka limited-overs captain Upul Tharanga was handed a two-match ban for a slow over-rate offence during his side's second straight loss to India in the ongoing one-day series. Middle-order batsman Chamara Kapugedara will lead the hosts in the absence of Tharanga, according to a Sri Lanka Cricket (SLC) release. Test captain Dinesh Chandimal and batsman Lahiru Thirimanne have also been inducted into the squad for the remaining matches of the five-match series.

Opener Danushka Gunathilaka, who injured his shoulder while fielding in the second match, has been ruled out as he needs "approximately 10 days" to recover.

The hosts went down to India by three wickets in the rain-hit match in Pallekele on Thursday to trail the series 2-0.

The Virat Kohli-led side achieved their revised 231-run target in 44.2 overs which were bowled in over three hours and 30 minutes.

The visitors slipped from 109-0 to 131-7 before an unbeaten 100-run eight-wicket partnership between Mahendra Singh Dhoni and Bhuvneshwar Kumar pulled the team through.

Tharanga has recently served a two-match suspension during the Champions Trophy in June after Sri Lanka were found guilty of slow over-rate during their opener against South Africa.

Comments
Topics mentioned in this article
India Cricket Team Sri Lanka Cricket Team Virat Kohli Chamara Kapugedera Upul Tharanga Sri Lanka vs India 2017 Cricket
Get the latest updates on Fifa Worldcup 2022 and check out  Fifa World Cup Schedule, Stats and Live Cricket Score. Like us on Facebook or follow us on Twitter for more sports updates. You can also download the NDTV Cricket app for Android or iOS.