India vs South Africa: Ex-India captain Virat Kohli and South Africa white-ball skipper Temba Bavuma had something to say to each other after the former's strong throw went right by the Proteas batter in the 1st ODI. 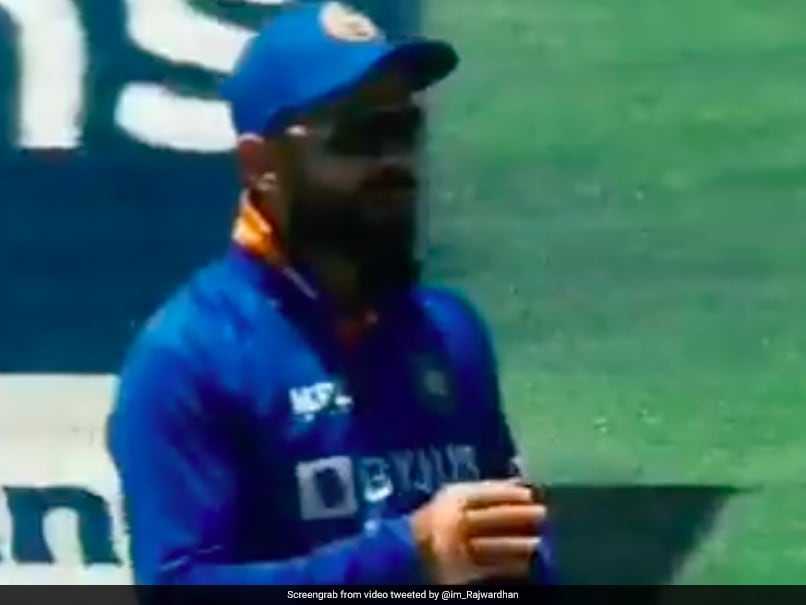 Ind vs SA: Virat Kohli and Temba Bavuma had a heated exchange of words in the first ODI.© Twitter

Virat Kohli, former India captain, and South African limited-overs skipper Temba Bavuma showcased their aggressive and competitive nature on the field when Kohli's strong throw went right past Bavuma, which the Proteas batter didn't seem to appreciate during the first ODI on Wednesday. It was during the 36th over of South Africa's batting when Bavuma tried to put away a wayward Yuzvendra Chahal delivery in the covers region only to find Kohli lurking for a run-out opportunity. Kohli, in his element, didn't appreciate Bavuma showing displeasure and also seemed visibly agitated by the batter's reaction.

Here' how the events transpired:

Bavuma, batting on 78 at that time, didn't lose his focus and completed a superb century to guide South Africa to a challenging total of 296 for the loss of four wickets in 50 overs.

Apart from Bavuma, Rassie van der Dussen also put on a spectacle during his masterclass of 129 unbeaten runs.

In reply, India put up a brave fight in the beginning and were in line to overhaul the target with Kohli and Shikhar Dhawan dominating proceedings in the run-chase.

However, India lost their way in the latter phase of the game and could only muster 265 runs for the loss of eight wickets, losing the match by 31 runs eventually.

The win gave the home side a crucial 1-0 lead in the three-match ODI series.

The next match is scheduled to be played at the same venue, Boland Park, Paarl on January 21 followed by the third and final match on January 23 at Newlands in Cape Town.

Virat Kohli Temba Bavuma South Africa vs India 2021/22 Cricket
Get the latest updates on ICC Women's Cricket World Cup 2022 and IPL 2022, check out the Schedule , Live Score and IPL Points Table. Like us on Facebook or follow us on Twitter for more sports updates. You can also download the NDTV Cricket app for Android or iOS.