India Test captain Virat Kohli shared images of himself going through the paces during a net session ahead of the second Test match against South Africa. 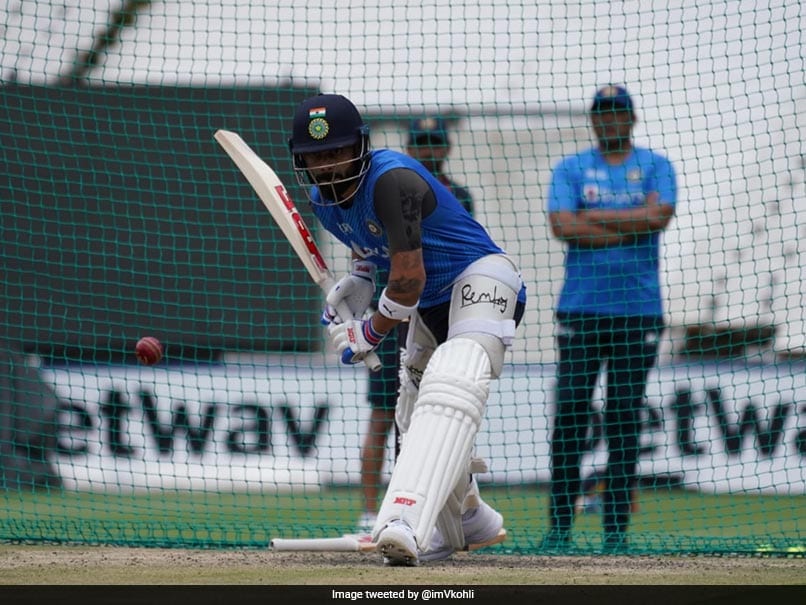 SA vs IND: Virat Kohli during a nets session ahead of the second Test.© Twitter

Indian Test captain Virat Kohli shared images of himself going through the paces during a net session ahead of the second Test match against South Africa beginning today at The Wanderers Stadium in Johannesburg. Kohli posted the images with a caption that read, "New year, same motivation." Kohli led India to a 1-0 lead in the three-match Test series after defeating the hosts in the first Test in Centurion. Team India and Kohli fans will be eagerly wishing for their captain to bounce back as far as his batting form is concerned.

The first Test, which India won by 113 runs, was witness to some good shots by Kohli. However, he failed to maintain the rhythm and was dismissed on scores of 35 and 18 in the first and second innings, respectively. Kohli was dismissed twice in similar fashion, chasing the ball way outside the off-stump and eventually finding the edge of the bat towards the slips or the wicket-keeper.

Team India head coach Rahul Dravid doesn't seem too perturbed by Kohli's form and insists that the captain will come good sooner or later. Dravid also lauded kohli for not being distracted despite the "noise" over the ODI captaincy saga.

"I know there has been a lot of noise on other issues; a little bit outside of the group even leading to this particular Test match. You know, honestly, in terms of keeping the morale high, it's not been very difficult because to be honest it has been led by the skipper himself," Dravid said in Sunday's pre-match press conference.

Rahul Dravid South Africa vs India 2021/22 South Africa vs India, 2nd Test Cricket
Get the latest updates on ICC Women's Cricket World Cup 2022 and IPL 2022, check out the Schedule , Live Score and IPL Points Table. Like us on Facebook or follow us on Twitter for more sports updates. You can also download the NDTV Cricket app for Android or iOS.