India vs South Africa 1st Test, Day 2 Highlights: Play has been called off due to continuous rain and the visitors will resume batting on Day 3. 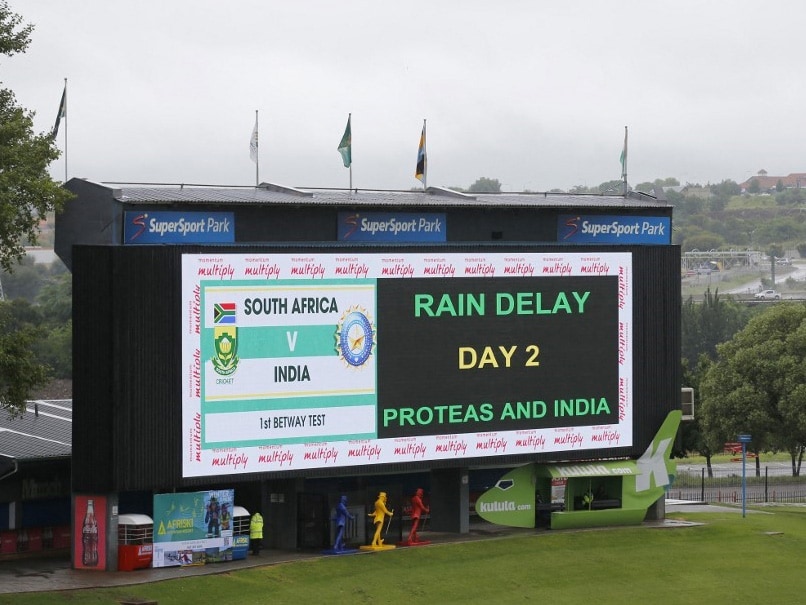 IND vs SA 1st Test Day 2 Highlights: Play has been called off due to rain.© AFP

India vs South Africa 1st Test Highlights: Play has been called off due to persistent rain on Day 2 of the ongoing first Test match between India and South Africa in Centurion, on Monday. Without a single ball being bowled, KL Rahul (122*) and Ajinkya Rahane (40*) will resume batting for the visitors on Tuesday. India had reached 272 for three at Stumps on Day 1 after a solid opening start by Rahul and Mayank Agarwal (60). Despite the early departures of Cheteshwar Pujara (0) and Virat Kohli (35), Rahul and Rahane built an unbeaten partnership to build stability for India. Rahul also became the first Indian opener after Wasim Jaffer to bag a Test ton on South African soil.  (SCORECARD)

South Africa Cricket Team South Africa vs India, 1st Test Live Cricket Score Live Blogs Cricket
Get the latest updates on ICC Women's Cricket World Cup 2022 and IPL 2022, check out the Schedule , Live Score and IPL Points Table. Like us on Facebook or follow us on Twitter for more sports updates. You can also download the NDTV Cricket app for Android or iOS.