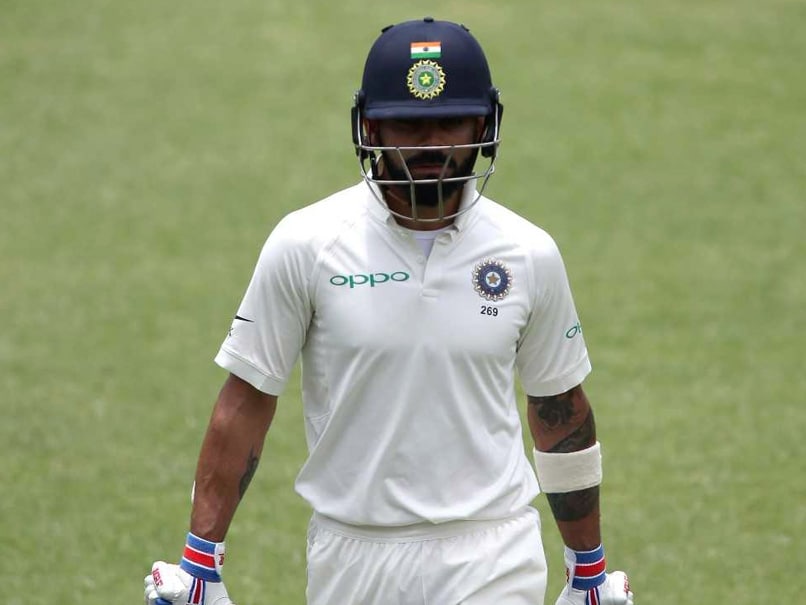 India captain Virat Kohli moved ahead of former West Indies great Brian Lara in the all-time career-high ICC Player Rankings for Test Batsmen, which were updated on Sunday following the conclusion of the Johannesburg Test. Second-ranked Kohli had started the third and final Test on 900 points and earned 12 points following contributions of 54 and 41. This means he is now on 912 points and in 26th position on the all-time list, which is headed by Don Bradman (961 points). Current number-one ranked batsman Steve Smith is second in the all-time list on 947 points. While moving from 31st to 26th position, Kohli has leapfroggedLara (911), Kevin Pietersen (909), Hashim Amla (907), Shivnarine Chanderpaul (901) and Michael Clarke (900).

Kohli now has his compatriot and ICC Cricket Hall of Famer Sunil Gavaskar - who peaked at 916 points following The Oval Test against England in 1979 - firmly within his sights.

The India captain will now aim to gain five points and move ahead of Gavaskar either in the one-off Test against Afghanistan in June or during the five-Test series against England in August/September.

There is no change in the top five of the ICC Player Rankings for Test Bowlers, where James Anderson comfortably leads Kagiso Rabada, Ravindra Jadeja, Josh Hazlewood and Ravichandran Ashwin.

The only bowlers inside the top 20 to improve their rankings are Morne Morkel, who has moved up two places to ninth, and Mohammed Shami, who has risen two places to a career-best 15th position.

India's trio of Bhuvneshwar Kumar, Ishant Sharma and Jasprit Bumrah are also on the charge.

Kumar has entered the top 20 for the first time in his career after lifting two places to take 20th position, Ishant

Sharma is now in 26th spot after rising three places and Bumrah is at a career-high 46th position after vaulting 36 places.

Kumar and Shamihave also improved their rankings in the all-rounders' list, which is still headed by Bangladesh's Shakib Al Hasan. Kumar has lifted eight places to join Rabada in 12th position and Shami has moved from 27th to 17th.

Comments
Topics mentioned in this article
India Cricket Team South Africa Cricket Team South Africa vs India 2018 Virat Kohli Brian Lara Cricket
Get the latest updates on ICC Women's Cricket World Cup 2022 and IPL 2022, check out the Schedule , Live Score and IPL Points Table. Like us on Facebook or follow us on Twitter for more sports updates. You can also download the NDTV Cricket app for Android or iOS.