Bhuvneshwar Kumar was the pick of the bowlers for India in the first Test against South Africa at Newlands, Capetown. 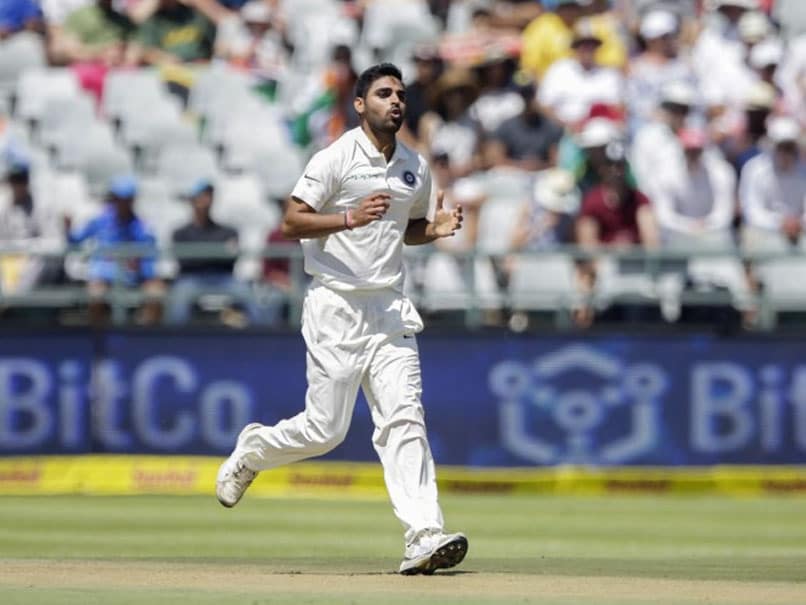 Following his impressive show in a lost cause in the first Test against South Africa, India's swing bowler Bhuvneshwar Kumar jumped eight places to a career-best 22 while Virat Kohli and Cheteshwar Pujara slipped in the ICC ranking ladder. Bhuvneshwar was the pick of the bowlers for India in the Newlands Test, having picked up six wickets across two South African innings but India failed to capitalise on the good start given by the young Indian seamer as the visitors lost the first Test by 72 runs.

In the rankings for the Test batsmen, Australia's Steve Smith remained on 947 points in first position, but there was some movement just behind him.

India skipper Kohli lost the second position to his England counterpart Joe Root and was placed third ahead of Kane Williamson, who was ranked third before.

Root earned 26 points from the Sydney Test, in which he was dismissed once while scoring 141 runs, but Kohli dropped 13 points after his contributions of five and 28 at Newlands.

Pujara's scores of 26 and four resulted in his total falling by 25 points.

South Africa's Hashim Amla and Dean Elgar slipped three places apiece to finish in 10th and 16th positions respectively, but AB de Villiers jumped five places to 13th with a slot in the top-10 firmly within his sights.

South Africa opener Aiden Markram, who was the player of the tournament in the ICC U19 Cricket World Cup in 2014, and India all-rounder Hardik Pandya were the other big movers from the Newlands Test. Markram moved up six places to 48th, while Pandya was ranked 49th after rocketing 24 places.

Comments
Topics mentioned in this article
India Cricket Team South Africa Cricket Team Virat Kohli Cheteshwar Pujara Bhuvneshwar Kumar Newlands, Cape Town South Africa vs India 2018 Cricket
Get the latest updates on ICC T20 Worldcup 2022 and CWG 2022 check out the Schedule, Live Score and Medals Tally. Like us on Facebook or follow us on Twitter for more sports updates. You can also download the NDTV Cricket app for Android or iOS.