MS Dhoni, Suresh Raina and Ravindra Jadeja officially came back to the CSK fold after they were retained by the franchise on Thursday. 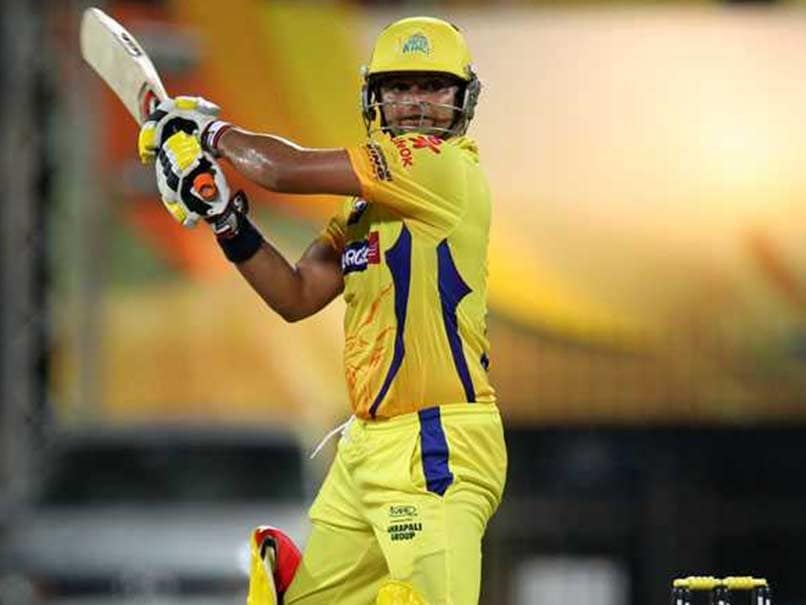 Chennai Super Singh (CSK) have retained their 'thala' Mahendra Singh Dhoni, Suresh Raina and Ravindra Jadeja for the upcoming Indian Premier League 2018. Dhoni was the first player to be retained for CSK followed by Raina and Jadeja. Just after the announcement, CSK uploaded videos of Dhoni, Raina and Jadeja while signing agreements with the IPL franchise.

Raina, who is also the highest run-getter in the history of IPL with 4540 runs at an average of 34.13, sent a wonderful message to his fans.

"Vadakkam Chennai! Good to be back at CSK after two years and looking forward to play in front of my beautiful crowd and knowledgeable crowd which I missed in the last two years. See you out there in Chepauk stadium," an excited Raina said.

Jadeja, who played crucial roles in CSK victories, also send a message for his fans.

"Hi guys! I am really excited and very happy to be part of the CSK team again. Hopefully, you will enjoy our action. We will try to win as many as games for CSK. Whistle Podu," Jadeja said.

In the video posted by CSK's Twitter handle, Dhoni is seen signing documents. The video also captured Dhoni's daughter Ziva playing alongside him.

Dhoni was the man at the helm of affairs when CSK were IPL champions in subsequent seasons in 2010 and 2011. The Champions League 2010 also saw Dhoni lead CSK to the title. His record speaks for itself as he has been a phenomenal presence in the Indian scheme of things as well, winning the 2007 World Twenty 20 and the 2011 World Cup for India.

Meanwhile, Kings XI Punjab decided to retain one player in the form of Axar Patel, who  later took to Twitter to thank the fans.

.@akshar2026 with a trademark message on his retention in the KXIP family! Here's to a lot more #ChikBoomBoomChikBoomBoom for years to come! #LivePunjabiPlayPunjabi #WelcomeBackAkshar pic.twitter.com/luu2qZnVqf

The main auction of the Indian Premier League will take place on January 27, 28 with some big names set to go under the hammer.

Comments
Topics mentioned in this article
India Cricket Team South Africa Cricket Team South Africa vs India 2018 MS Dhoni Ravindra Jadeja Suresh Raina Cricket
Get the latest updates on ICC T20 Worldcup 2022 and CWG 2022 check out the Schedule, Live Score and Medals Tally. Like us on Facebook or follow us on Twitter for more sports updates. You can also download the NDTV Cricket app for Android or iOS.