Virender Sehwag said though Virat Kohli's leadership record suggest he is among the best captains the game as seen, comparisons with previous skippers were unfair. 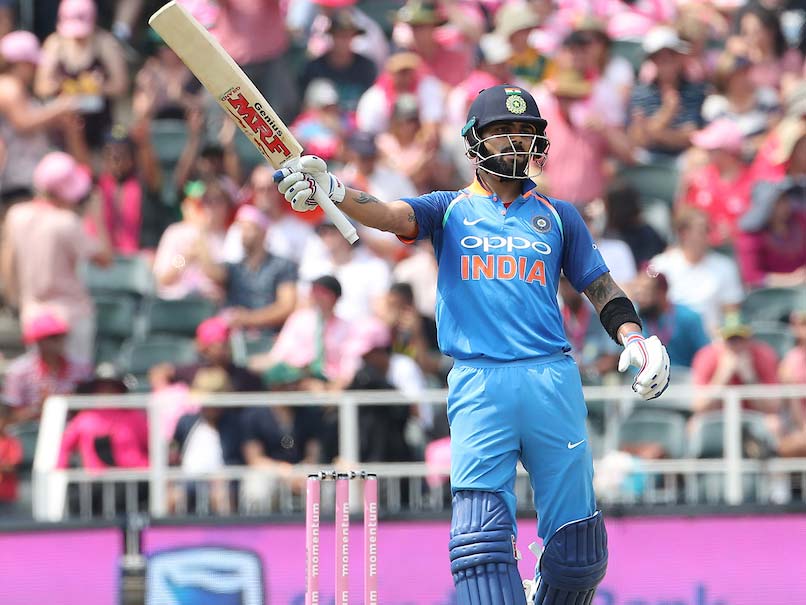 Former opener Virender Sehwag has applauded Virat Kohli's captaincy style after India's first-ever series win in South Africa. Sehwag, highlighting Kohli's aggression, said he is an upgraded version of former captain Sourav Ganguly. "Kohli's aggression can be compared with Ganguly. In fact, he is an upgraded version of Sourav Ganguly. Under Ganguly's captaincy, we saw some incredible wins overseas and such has been the trend so far with Virat Kohli," Viru said. Kohli has been a key contributor to India's series win, scoring two centuries and a fifty.

Sehwag said though Kohli's leadership record suggests he is among the best captains the game as seen, comparisons with previous skippers were unfair.

"Kohli is the No.1 captain in terms of series wins. If we analyse the past eight series wins under his captaincy, we'll find that he is one of the best captains we have ever seen. Having said that, I believe that we should not compare him with the best of previous captains. He needs more time and experience as captain to reach where the past skippers are," he told India TV.

In 5 ODIs against South Africa, the 29-year-old Kohli has notched up 429 runs to lead his team from the front.

"He has gained confidence with the captaincy. Unlike others, he has matured and has taken his individual game to the next level. He doesn't take the pressure of captaincy. In fact, he has improved his game with the responsibility. He has brought the trend of fitness in the camp," Sehwag added.

The 39-year-old believes Kohli's greatest strength lies in bringing out the best in his teammates.

"The fighting team is the power of captain Kohli and I strongly believe that this team can do wonders in England and Australia. The best thing about Kohli's captaincy is that he brings the best out of individuals. The day bowlers stop performing Kohli's downfall will begin. His strength lies in the current bowling line-up," Sehwag said.

Comments
Topics mentioned in this article
Virender Sehwag Sourav Ganguly Virat Kohli Cricket South Africa vs India 2018
Get the latest updates on ICC Women's Cricket World Cup 2022 and IPL 2022, check out the Schedule , Live Score and IPL Points Table. Like us on Facebook or follow us on Twitter for more sports updates. You can also download the NDTV Cricket app for Android or iOS.