Virat Kohli was looking good as he tried to attack the South African bowling, but his effort was not good enough. 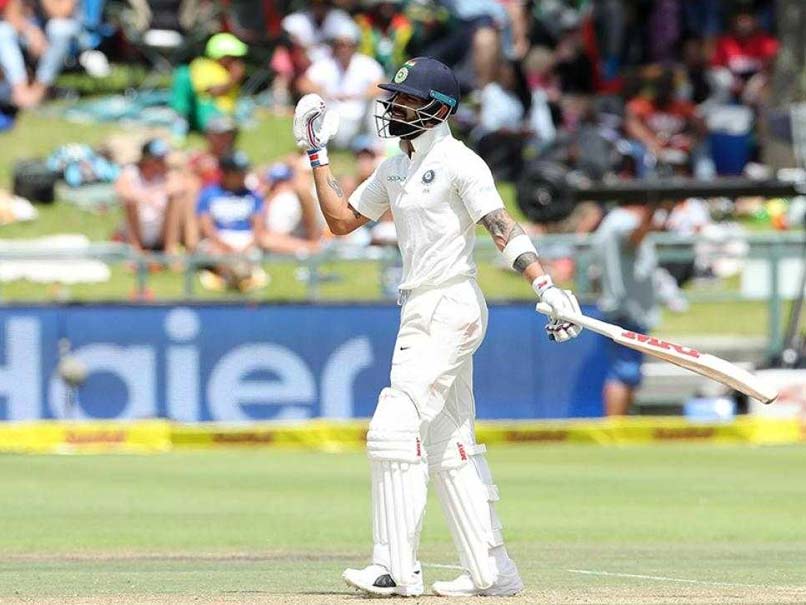 Kohli, who scored just 5 runs in the first innings, could manage 28 runs in the second.© AFP

India captain Virat Kohli failed to deliver in the Indian batting challenge while chasing a mediocre target in the opening Test of the three-match series at Newlands Cricket Ground in Cape Town on Monday. Chasing a 208-run target, Kohli came out to bat after India had suffered a double setback with both openers -- Murali Vijay (13) and Shikhar Dhawan (16) - dismissed early. The Indian skipper, who scored just 5 runs in the first innings, could manage 28 runs before being dismissed by Vernon Philander.

The India batsmen failed to capitalise after their bowlers skittled out South Africa for just 130 in their second innings, setting the visitors a target of 208 runs.

And yet u were celebrating like u have won the match after the dismissal of last African batsman??#INDvSA

This is very dispointed virat out

Not shouting anymore are you @imVkohli pic.twitter.com/BmHI439lS0

Shami and Bumrah were the main destroyers, taking three wickets each.

Comments
Topics mentioned in this article
Virat Kohli Ajinkya Rahane Rohit Sharma Shikhar Dhawan Cheteshwar Pujara South Africa vs India 2018 India Cricket Team South Africa Cricket Team Cricket
Get the latest updates on ICC T20 Worldcup 2022 and CWG 2022 check out the Schedule, Live Score and Medals Tally. Like us on Facebook or follow us on Twitter for more sports updates. You can also download the NDTV Cricket app for Android or iOS.