India will be seeking to win a record 10th straight series when they take on South Africa. 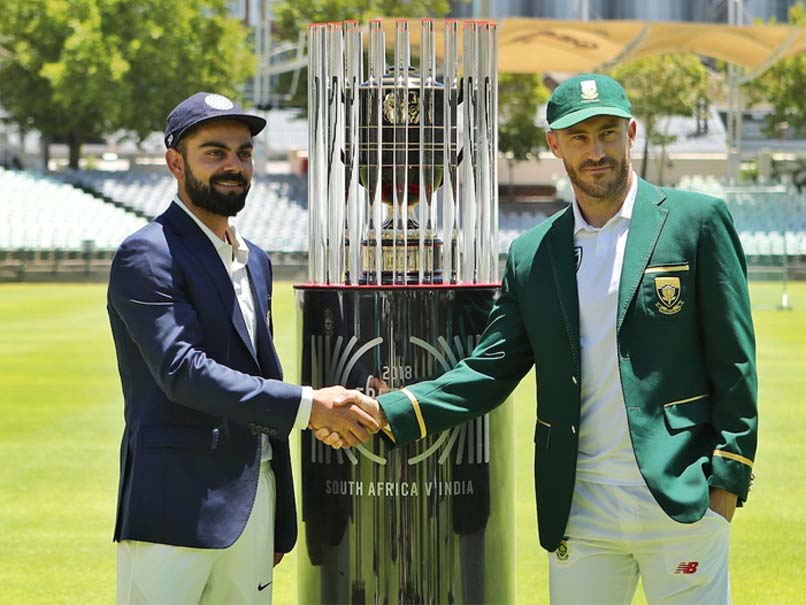 India have never won a Test series in South Africa and captain Kohli will look to change that.© BCCI

After thumping the formidable Australians and dismantling Sri Lanka at home, Virat Kohli-led Team India will now be up against their toughest assignment in a long time, in an away series in South Africa. India have never won a Test series in South Africa andcaptain Kohliwill look to change that. Ahead of Test series, the two captains -- Kohli and Faf du Plessis -- posed with the coveted trophy for the series named the Freedom Series. BCCI tweeted a picture of the two captains with the trophy at the Newlands ground in Cape Town and captioned it, "Winter is Here! #FreedomSeries #SAvIND."

India, under Kohli's captaincy, registered a record ninth straight series win after drawing the third and final Test against Sri Lanka on December 6. They are now level with Australia and a series win in South Africa will see them create a new world record of 10 consecutive Test series victories.

India are slated to play three Tests, 6 ODIs and 3 T20Is on the long tour.

Thereafter, India and South Africa will be engaged in a six-match One-day International and three-game T20 International series in February.

India first toured South Africa in 1992 under the captaincy of Mohammad Azharuddin. India lost the three-match series 0-1. Since then, they have played 17 Tests against South Africa in South Africa, winning 2 and losing on eight occasions. Seven Tests ended in draws.

Comments
Topics mentioned in this article
India Cricket Team South Africa Cricket Team Virat Kohli Faf du Plessis South Africa vs India 2018 Cricket
Get the latest updates on ICC T20 Worldcup 2022 and CWG 2022 check out the Schedule, Live Score and Medals Tally. Like us on Facebook or follow us on Twitter for more sports updates. You can also download the NDTV Cricket app for Android or iOS.