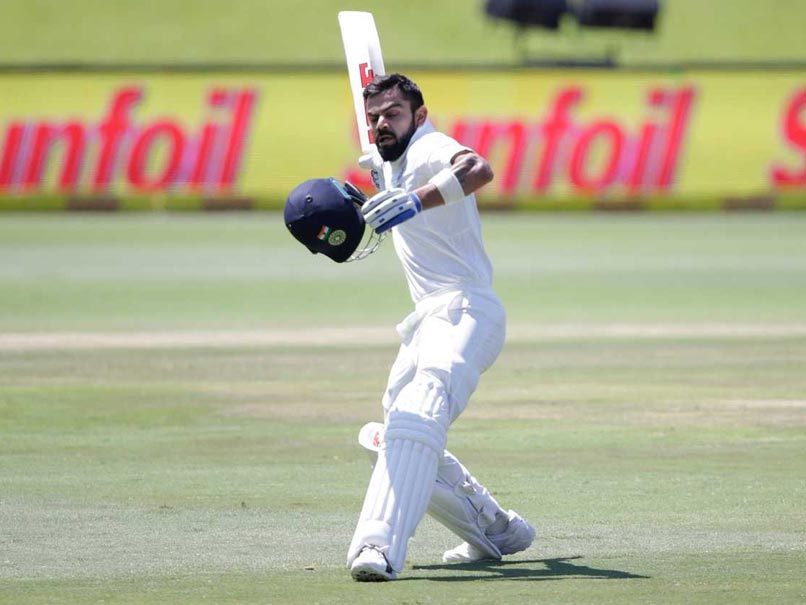 Virat Kohli is the first overseas captain to score a Test hundred at Centurion.© AFP

India skipper Virat Kohli added another feather to his illustrious cap as he equalled the legendary Don Bradman's record of scoring eight 150 plus score in Tests as captain. Overall, this was the ninth instance when Kohli crossed the 150-run mark. Kohli achieved the feat during the third day of the second Test against South Africa at SuperSport Park in Centurion on Monday. The 29-year-old notched up his career's 21st Test ton and scored a brilliant 153 before being dismissed by Morne Morkel.

Bradman has scored eight 150 plus scores in Tests as captain and the Indian run-machine achieved the feat in his career's 65th Test match.

Former Australia captain Michael Clarke is third in the list with seven 150 plus scores.

Kohli also became only the second captain from Asia to score a century on South African soil.

Sachin Tendulkar is the first captain to achieve the feat. The batting legend scored a terrific 169 at Cape Town in 1997.

This was Kohli's second Test hundred in South Africa, the second-most after Tendulkar who has five Test hundreds here.

The Delhi boy is the first overseas captain to score a Test hundred at Centurion. The previous highest for a visiting captain at this ground was 90 by MS Dhoni in 2010.