Vernon Philander questioned India's claims of being fully prepared for the three-match series, saying a fair assessment of where the visitors stand could only be made after the first Test beginning Friday. 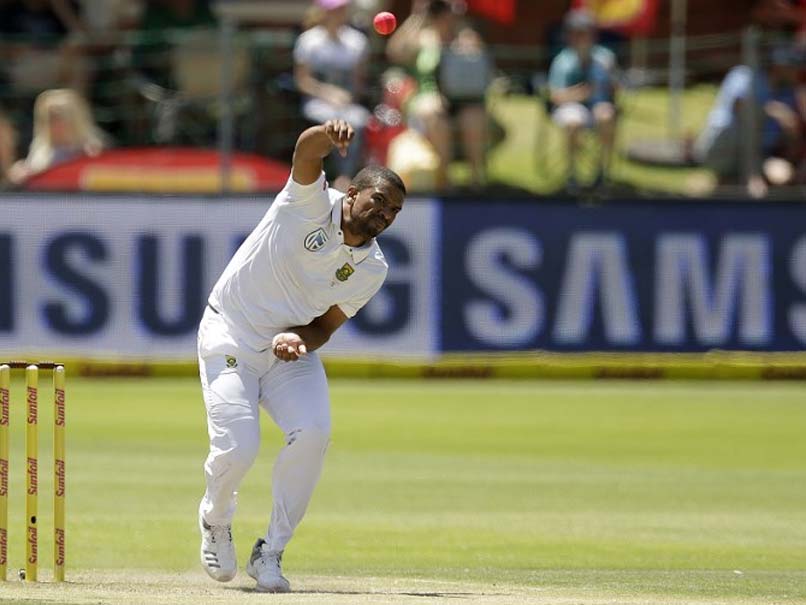 South Africa pacer Vernon Philander doesn't wish to jump the gun on his assessment of whether India is fully prepared for the three-match Test series and reckons that a fair call of where the visitors stand can be made after the first Test beginning on Friday. The Newlands track in Cape Town is expected to be seamer-friendly with a fair bit of green cover on the surface. Philander thinks that it will be a different ball game in South Africa although India have won a lot of games at home this season.

"India have played most of their games at home so it'll be interesting to see how they go in South Africa. It's a total different ball game here. We're going to have to wait and see once they pass the first Test match," said Philander in a media interaction here.

The hosts are set to field a full strength pace attack. The only question remaining is regarding the composition of their line-up, with uncertainty over the inclusion of Dale Steyn.

South Africa are still contemplating over a three or four pronged pace attack, with left-arm spinner Keshav Maharaj in the mix as well.

Phliander said the playing eleven will be picked according to the conditions.

"It's going to come down to conditions at the end of the day. With a little grass on the wicket and overhead conditions playing in our favour on Friday, who knows, we might go on with four pacers as well.

"But our composition of three pacers and one spinner has worked very well in the last 18-24 months. It's a good dilemma to have when you have all your fast bowlers fit and bowling well in all three formats," Philander said.

He also praised left-arm spinner Keshav Maharaj, who recently picked a five-wicket haul in the one-off Test against Zimbabwe.

"Keshav has got an amazing record and he's gelling well with the three seamers that he has with him. He's a world-class bowler and he's been bowling very well. He's been bowling well these past 24 months, and I can't see that changing anytime soon."

Philander was quite forthcoming about India's lack of match preparation in the build-up to the series. At the same time, he disclosed that the hosts haven't forgotten about the 3-0 loss in 2015 when playing on rank turners in India.

"If you are obviously playing at Newlands and you are probably going to be nicked off more times than being bounced off," he said, when asked about Indian batsmen's visualisation in the net against bouncing deliveries.

"There is a bit of grass on it and everybody is talking about having a bit of pace on it but at the end of the day, Newlands is going to be Newlands, you got to take 20 wickets and obviously score the runs."

"If we want to play best cricket we have to got to do that in every series we participate in. 2015 was obviously disappointing one losing to them.

When asked about the threat possessed by India's five pacers on green-top wickets, Philander replied, "We've got to control what we can, and that's to make sure we're in a good space.

"Our batters are obviously in good nick. We play the ball and not the man. We're going to respect the Indian seamers, but we've got to do what we've got to do." Philander said the team is not just focused on getting the prized wicket of India skipper Virat Kohli.

"Like I said before, we are going to play bat and ball and not playing any names. We got to get Virat as also other nine Indian batsmen as well. I think we put our price obviously on bowling them out twice," he said.

Cape Town has been suffering through a dry and sunny spell. The pitch at Newlands was watered to prevent it from drying up before the start of the first Test.

Yet, the pacer brushed off any comparisons of an expected grassy, quick wicket with the 2011 pitch here when Australia were bowled for 47 runs in the first innings.

"I wish it was that easy. Look, there's obviously some grass on that wicket. Then we've got to put a combination that's going to take 20 wickets on there. How we are going to go about it, obviously we have to go and plan and work accordingly," said Philander.

"Today is obviously hot. Tomorrow is going to be hot. I think by the time the Test match starts it'll be little drier. The wicket changes quite quickly here.

"It also depends on the type of wind that blows here as well. By Friday morning, it could be a total different looking wicket," he signed off.

Comments
Topics mentioned in this article
India Cricket Team South Africa Cricket Team Vernon Philander Virat Kohli Newlands, Cape Town South Africa vs India 2018 Cricket
Get the latest updates on India vs South Africa and check out  Schedule, Results and Live Score. Like us on Facebook or follow us on Twitter for more sports updates. You can also download the NDTV Cricket app for Android or iOS.