Yuzvendra Chahal and Kuldeep Yadav have decimated the South African batting in three ODIs played in the series so far. 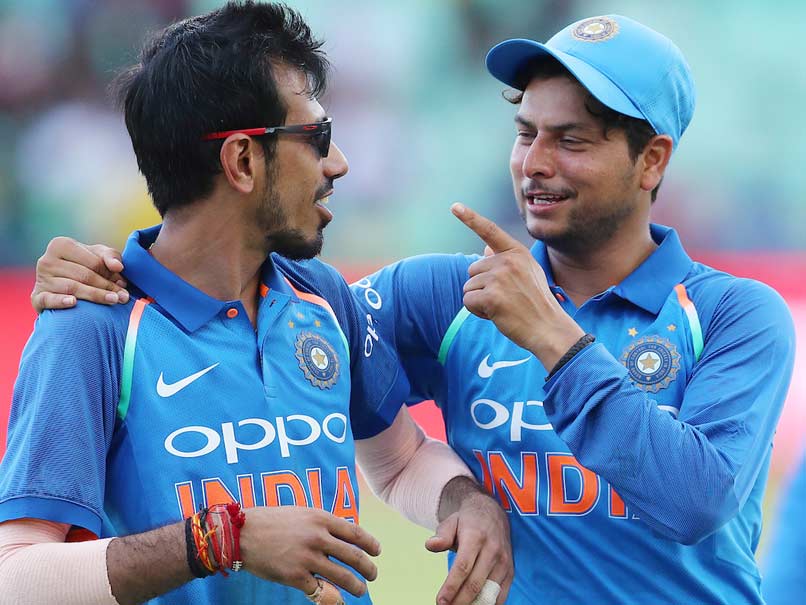 Yuzvendra Chahal, Kuldeep Yadav have snared 21 wickets between them in the ongoing ODI series so far.© BCCI

Yuzvendra Chahal and Kuldeep Yadav have been a class apart in the ongoing ODI series against South Africa. The two wrist spinners have been on the mark from the word go and have caused the South African batsmen all sorts of problems. After impressing in the first two ODIs, the Indian duo were at it again in Newlands, spinning a web around the hosts to help India take an unbeatable 3-0 lead in the six-match series. Speaking after the match, South African bstsman JP Duminy was all praise for Chahal and Kuldeep and said that the hosts will need to re-work their plans to counter the two Indians.

"What they've done really well is assess the conditions in terms of what they need to do, what sort of speed and length they need to bowl. They (Chahal and Yadav) haven't made it easy for us to get singles," Duminy said.

"A lot of us have not picked their googlies. We've not been good enough. They've bowled well enough not to let us play according to our game plan. We've got to come up with different ways of countering them. They've outplayed us in all departments," he added.

Duminy said with three matches remaining, the series is not yet over and the hosts would need to do some thinking before the fourth ODI.

"I think there should be a plan. There's no doubt that we will reconvene after this game and break down where we are going wrong. It's pretty obvious that we haven't played their spinners well enough," he said.

"The series is not lost yet and that should be a big enough motivator for us."

Chahal and Kuldeep have performed above all expectations, snaring 21 wickets between them in three matches so far.

Duminy and Aiden Markram put on 78 runs for the second wicket, but after the latter's stumping South Africa once again suffered a batting collapse.

"At that point we were building quite a nice partnership so it was just about rotating the strike. We know at a venue like this if you have wickets in hand you give yourselves a chance chasing eight or nine an over," Duminy said.

"Unfortunately throughout the series we've lost wickets in clusters so we haven't given ourselves a chance. We've got plans of how to counter their spin, but unfortunately the execution hasn't been good enough," he added.

The left-hander said South African batsmen are finding it difficult to pick Chahal and Kuldeep.

"We've just got to find a way to counter them (Chahal and Yadav). The key is definitely to try and be positive, but unfortunately on a few occasions we haven't picked the wrong 'uns," he said.

India skipper Virat Kohli continued his magical form and scored an immaculate 34th ODI hundred, 160 not out, his second-highest score in this format.

And Duminy said Kohli belongs to the elite league and South African bowlers need to think differently to get the better of the India captain.

"He's (Kohli) up there with the world's best. You have to take the opportunities when it comes, especially in the first 20 balls. We've created chances but unfortunately we haven't been able to grab those," he said.

"He's in really good form at the moment. He has had an unbelievable year and he has just carried on. He is oozing with confidence. We're going to have to come up with different plans for getting through him," Duminy added.

Comments
Topics mentioned in this article
India Cricket Team South Africa Cricket Team Yuzvendra Chahal Kuldeep Yadav JP Duminy South Africa vs India 2018 Cricket
Get the latest updates on ICC T20 Worldcup 2022 and CWG 2022 check out the Schedule, Live Score and Medals Tally. Like us on Facebook or follow us on Twitter for more sports updates. You can also download the NDTV Cricket app for Android or iOS.