Despite the loss of an entire day, the match is set for a result with two more days to come. 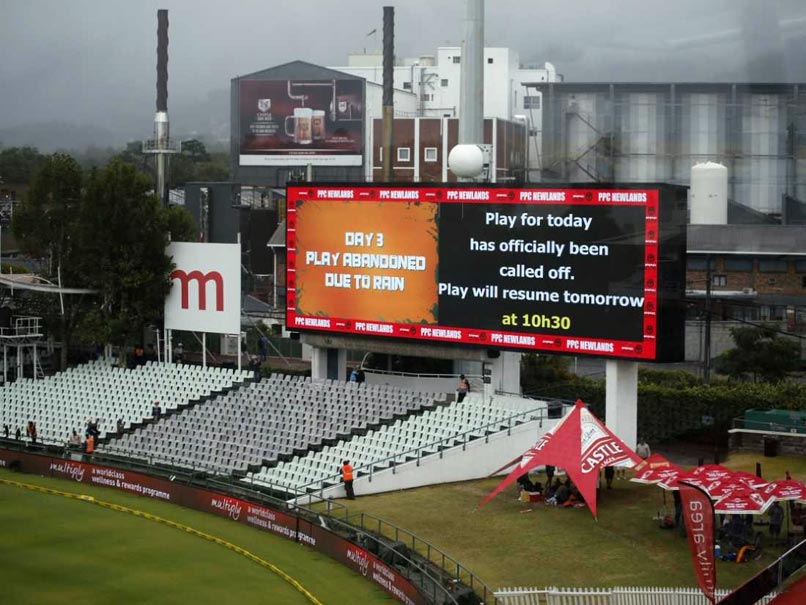 India vs South Africa, 1st Test: Third day's play was called off due to rain at Cape Town© AFP

The third day of the first Test between India and South Africa at Cape Town was washed out due to persistent rain without a ball being bowled on Sunday. The rain did not stop at all and only picked up as the scheduled start time of play approached. It did stop raining post-lunch. The groundsmen even got down to work, with the umpires looking around, and the super soppers were put to use in order to dry the field. However, rain played spoilsport as it returned again after in the afternoon. After lunch, the Indian team too arrived at the ground. To use up the day, a few players, as well as support staff, made their way to the indoor nets' facilities.

Despite the loss of an entire day, the match is set for a result with two more days to come.

On day one, South Africa were bowled out for 286 runs in the first innings with Bhuvneshwar taking 4-87. India were reduced to 28/3 at stumps.

On day two, India finished with 209 runs in their first innings, surrendering a 77-run lead. South Africa were 65/2 at stumps with an overall lead of 142 runs. Hardik Pandya single-handedly kept his side in contention with 93 runs off 95 balls and then took 2-17 as well.

Dale Steyn, on his comeback to Test cricket, suffered a heartbreaking heel injury whilst bowling during the Indian first innings. He has been ruled out of the remainder of this Test, and the series as a result.

Comments
Topics mentioned in this article
India Cricket Team South Africa Cricket Team Virat Kohli Faf du Plessis South Africa vs India 2018 Cricket
Get the latest updates on ICC T20 Worldcup 2022 and CWG 2022 check out the Schedule, Live Score and Medals Tally. Like us on Facebook or follow us on Twitter for more sports updates. You can also download the NDTV Cricket app for Android or iOS.