The ball brushed his glove and landed straight into Wriddhiman Saha's safe hands. Bumrah also got the wicket of Quinton de Kock to put India in a commanding position in the first session of the day. 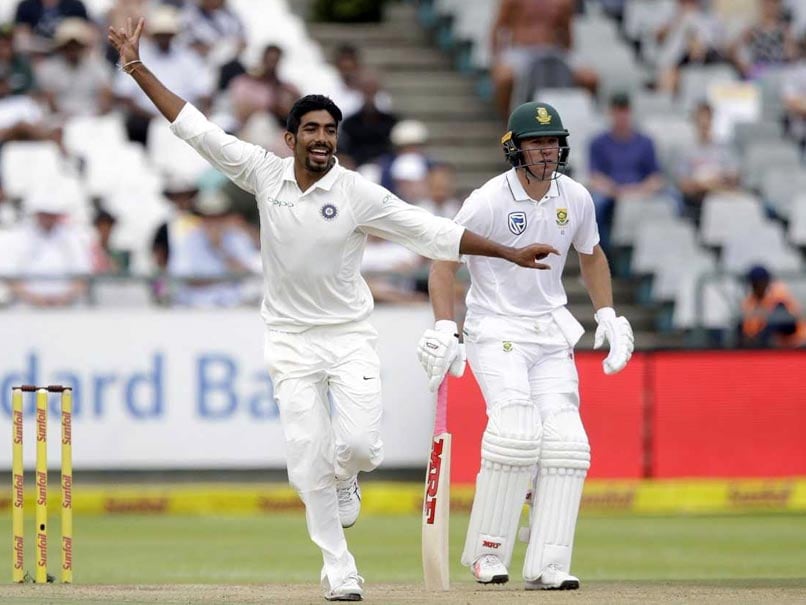 Jasprit Bumrah bowled an excellent spell in the first session on Day 4.© AFP

Debutant Jasprit Bumrah produced arguably the ball of the Test match to dismiss South Africa captain Faf du Plessis early on Day 4 at Newlands, Cape Town. The angled delivery from Bumrah moved away, leaving Du Plessis in a rather awkward position. The ball brushed his glove and landed straight into Wriddhiman Saha's safe hands. Bumrah also got the wicket of Quinton de Kock to put India in a commanding position in the first session of the day.

Insane ball over in #SAvIND from Bumrah. pic.twitter.com/wYNAycOVZw

Indian fans were thrilled with what they saw in the opening exchanges of Day 4.

What a ball ?? Bumrah amazing delivery. 5 down.

Play on Sunday called off without a ball being bowled due to persistent rain.

The ground was almost covered with water due to the pouring rain, with no play possible at Newlands.

"It's official. Play has been called off! Play to resume at usual time tomorrow. Overs to be bowled on Day 4 & 5 - 98. That's all we have from here on Day 3 #SAvIND," BCCI wrote on Twitter.

At the end of the second day's play on Saturday, South Africa reached 65 for two in their second innings after bowling India out for 209 in their first innings.

Comments
Topics mentioned in this article
India Cricket Team South Africa Cricket Team Jasprit Bumrah Faf du Plessis Newlands, Cape Town Cricket South Africa vs India 2018
Get the latest updates on ICC T20 Worldcup 2022 and CWG 2022 check out the Schedule, Live Score and Medals Tally. Like us on Facebook or follow us on Twitter for more sports updates. You can also download the NDTV Cricket app for Android or iOS.