South Africa can, at best, share top spot with India. 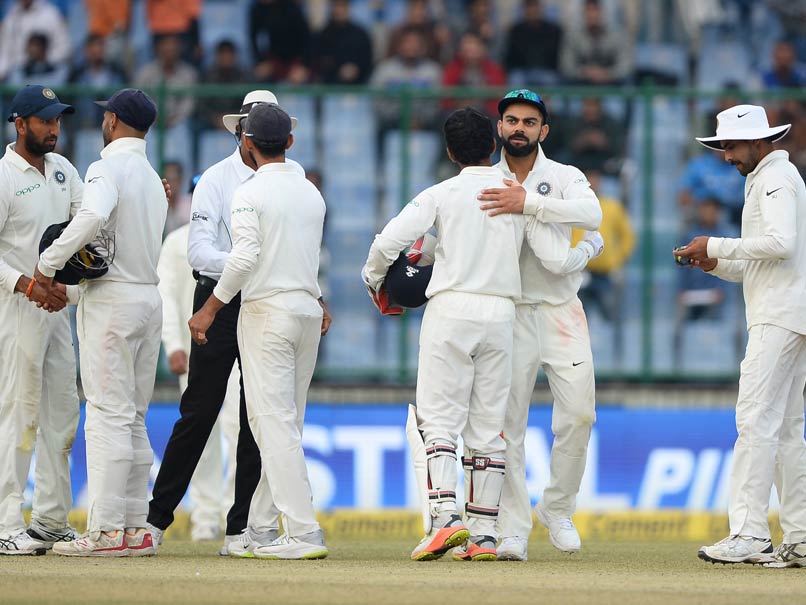 India will maintain their numero uno status in the ICC Test Rankings irrespective of how the series against South Africa pans out, but the Proteas will join the visitors at the top if they win all the three matches. Faf du Plessis's side is presently 13 points behind Virat Kohli's team, which is sitting on top of the table on 124 points. However, both the sides will finish on 118 points if the South Africa side makes a clean sweep of the series which starts in Cape Town on January 5, the International Cricket Council said in a statement. Even in that scenario, India will be ranked above South Africa when the points are calculated beyond the decimal point. In such a situation, India will be on 118.47 points, while South Africa will be on 117.53.

On the other side of the coin, if India win all the three Tests of the series, then they will move to 128 points while South Africa will slip to 107 points.

In the rankings for Test batsmen, second-rankedIndia captain Viratwill aim to break the 900-point mark for the first time in his career. The in-form right-hander is presently on 893 points and a solid performance will potentially see him join the select group of players with a rating of 900 or more, which in ranking terms is an indication of a player's quality, as to achieve it a player has to be among the very best over a protracted period.

Cheteshwar Pujara is 20 points behind Kohli in third place, while Hashim Amla of South Africa is the other player who features in the top 10, in seventh position.

Among the bowlers, South Africa's Kagiso Rabada is breathing down number-one ranked James Anderson's neck. Second-ranked Rabada is nine points behind Anderson and depending on how the two bowlers perform in the coming days, there could potentially be a change at the top of the order.

Comments
Topics mentioned in this article
South Africa Cricket Team India Cricket Team South Africa vs India 2018 Cricket
Get the latest updates on ICC T20 Worldcup 2022 and CWG 2022 check out the Schedule, Live Score and Medals Tally. Like us on Facebook or follow us on Twitter for more sports updates. You can also download the NDTV Cricket app for Android or iOS.