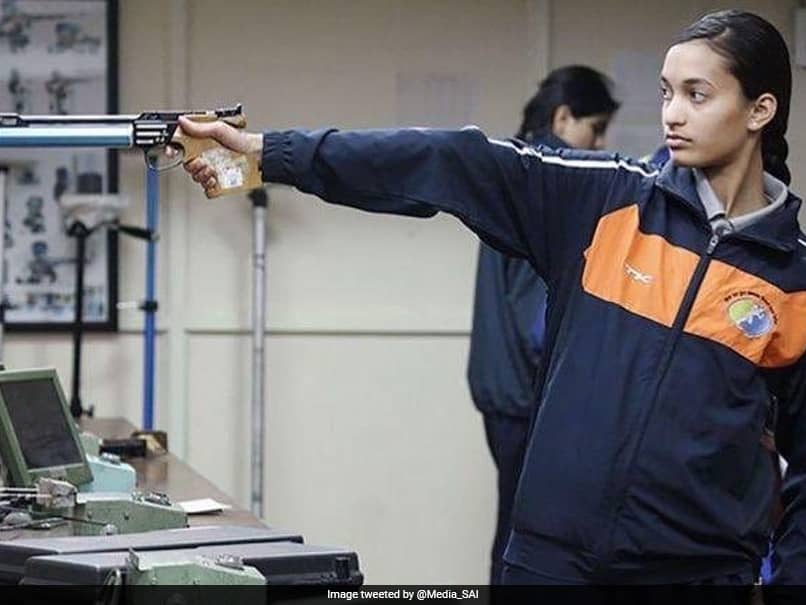 Chinki Yadav won the gold medal as Indian shooters swept the medals in the women's 25m Pistol event at the ISSF World Cup in New Delhi on Wednesday. Chinki outgunned the experienced Rahi Sarnobat in a shoot-off to clinch the top spot, after both of them finished on 32 points each. Yadav got four of her five shots in the shoot-off while Sarnobat missed two and had to settle for the silver medal after a great come-from-behind performance. Manu Bhaker secured the bronze medal, finishing with 28 points.

Chinki put in a good performance right from the start, taking the lead after two series, while Sarnobat only got three of her first 10 shots on target. But she came back strong with a perfect third series and grew back into the competition from then.

Bhaker was neck-to-neck with Chinki for the lead, but fell behind in the seventh round when she missed four of the five shots.

The bronze medal was her fourth in the tournament.

Latvia's Agate Rasmane was in contention for a medal, but she missed nine out of her 10 shots in the 7th and 8th series to drop to fourth as the three Indians assured themselves of medals.

The event saw India continue their domination in the ongoing World Cup. India now have 19 medals overall, leading the tally.

Chinki's was India's 9th gold medal. India also have five silver medals and as many bronze.